33 1/3 to publish How To Write About Music with advice from Lou Reed, Jonathan Lethem and more

Avoid those dancing about architecture cliches.

The long-running 33 1/3 series is branching out from its usual pocket-sized, album-by-album format to round up some of the best writing about writing from the sharpest minds in the business.

How to Write About Music compiles a selection of excerpts from the 33 1/3 series alongside interviews and insights from authors like Chuck Klosterman, Tavi Gevinson, Owen Pallett, Lester Bangs and Alex Ross.

The book combines inspiration from a variety of examples – from album reviews and interviews to personal essays and blog posts – with tips, writing prompts and advice on how to pitch. Among the contributors are journalists Sasha Frere Jones and Ann Powers, novelist Jonathan Lethem and musicians Lou Reed (writing on Kanye West) and Laurie Anderson (on Animal Collective).

Find out more about the book via 33 1/3 ahead of its publication later this month. The series has recently included miniature tomes on J Dilla’s Donuts, The Geto Boys and Blondie. [via The Wire] 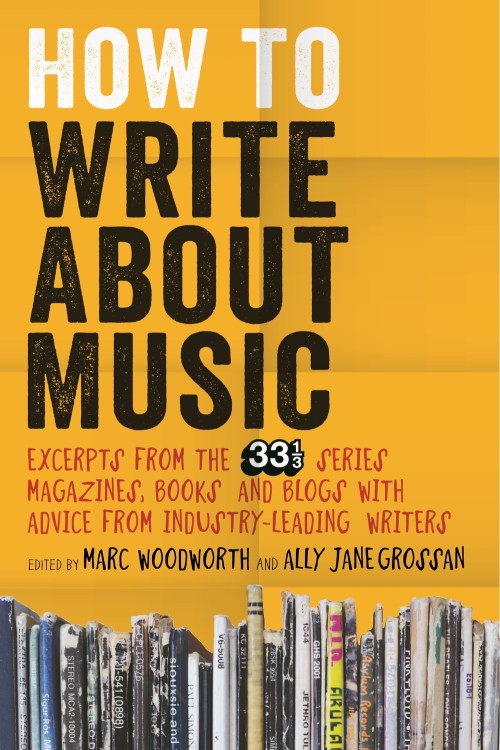