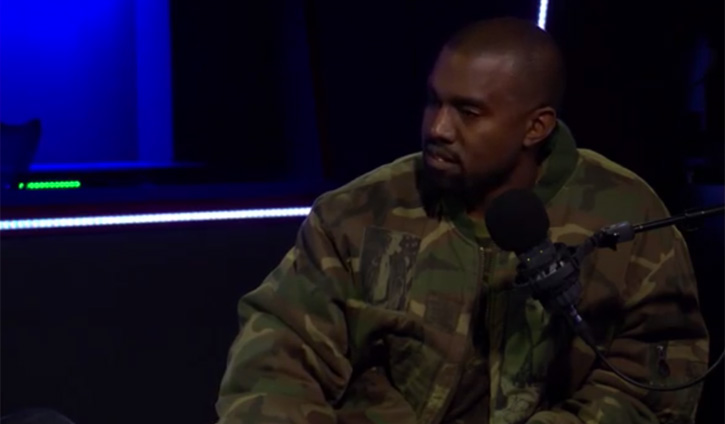 Kanye West’s 2013 interview with Zane Lowe was one of the polarizing rapper/producer’s most honest and upfront to date, so the promise of a follow-up is very exciting. This time around Kanye talks to the Radio 1 jock about what’s been happening in the last two years, and got so emotional speaking about his late friend Louise Wilson – a fashion design lecturer – he was moved to tears. Read some quotes below the video.

On his new album, which he’s previously called “cookout music”:

“[I’m] just working hard on it and it’s fun, it’s fun to be inventive and I’ve still got a lot of opinions and perspectives that are important and could be inspiring to people who fight. College Dropout, the album, came out of a fight to rap and this new album’s coming out of a fight to design … it’s a joyful noise unto the Lord.”

On working with Paul McCartney:

He also spoke about his frustrations with class, calling it “the new racism”:

“Class is the new way to discriminate against people, to hold people down, to hold people in their place based on where their kids go to school, how much money they make, what they drive, where they live, and what type of clothes they have, and how much they have in their account for retirement. To somehow say, this person here means more than this person — I know I tweet “Black Lives Matter” but all lives matter. My doorman is more important to me than any head of any company. He keeps us safe. My driver, he keeps us safe and goes to work everyday. The guy painting the windows … he is just as important as anyone who walks in the house and grabs a glass of champagne.”

Apologizing for the initial price of his clothing, he said he wants to work on more affordable clothing:

“It was a futile argument for me to say “Hey everyone get behind me so i can make another $5000 jacket you can’t afford. But now I feel like people are rallying because they know I want to fight for H&M … everyone should have the opportunity to drink from the same fountain.”

“Yeah I misconstrued it … when I was — ironically — having dinner with Taylor Swift, the Beck song starts playing and I say “Wow, this is really good. Maybe I might have been wrong!” [laughing]

“I didn’t know we were going to lose her, and she told me, and she said, ‘You know, thank you for the times we came to performances and this is like really meant a lot to me, you know she would…”

On whether he and Kim are having more kids:

“Oh, I’m practicing really hard, I try as many times a day as I can. Nori this one is for you…you need a sibling!”

“I hadn’t been in six years and the Grammys are definitely like an ex-girlfriend, soon as you get in the car with them, you want to go right back home.”

Update: Kanye West has issued a public apology to Beck.

“I would like to publicly apologize to Beck, I’m sorry Beck.” tweeted Kanye. He also said sorry to singer Bruno Mars, tweeting “I also want to publicly apologize to Bruno Mars, I used to hate on him but I really respect what he does as an artist…. I also would love for Bruno to sing this hook on this song 88 Keys / Puff and I produced… I even asked Tyler to shoot the vid.”