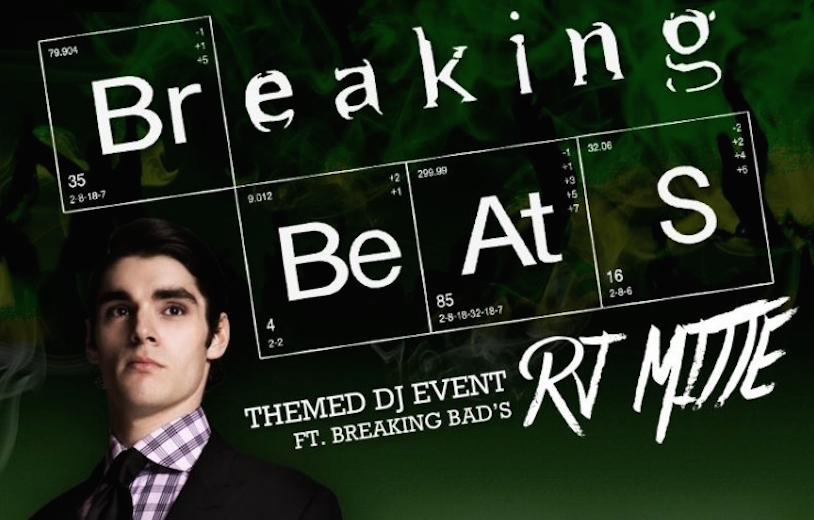 DJ RJ Mitte raises the roof before you can even throw a pizza on it.

Breaking Bad may have wrapped up last year, but its legacy continues in a variety of different ways. On the bright side you have Vince Gilligan and Bob Odenkirk crafting a respectable spin-off with Better Call Saul, and on the slightly disappointing side you have Aaron Paul finding himself incapable of putting to rest his character’s catchphrase (BITCH!).

Then you have RJ Mitte aka Walt Jr. whose recent decision to become a DJ seemed like one of the oddest directions to go after leaving one of the most revered shows in history. Now Mitte has released a preview of his upcoming US “Breaking Beats” tour and it goes beyond any conventional sense of taste or respectability into the purely surreal. Reading his press release makes you question whether you’re dreaming.

The “Breaking Beats” tour will take place in April and promises quite a lot beyond Mitte’s “range of electronic genres, ranging from deep house to uplifting progressive house to explosive electro”. Attendees will be able to enjoy blue meth rock candy and a full breakfast buffet (it’s Walt Jr’s … sorry, we mean Flynn’s favorite meal). You can also expect plenty of yellow hazmat suits just like the ones Walt and Jesse wore during their cooks.

Check out the tour dates below and listen to a preview of “Breaking Beats”. 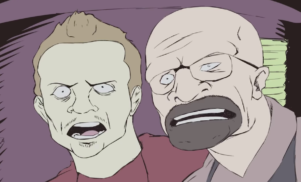