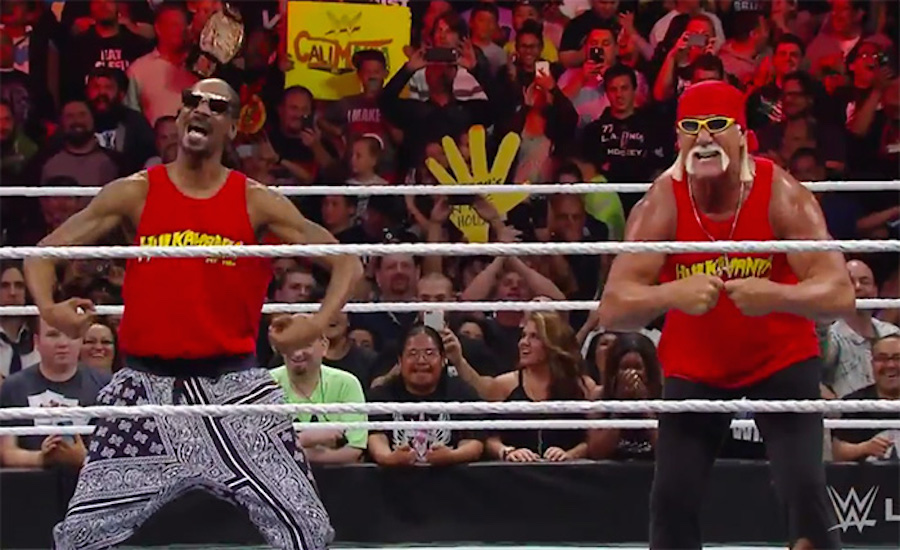 In addition to developing his own drama series for HBO, Snoop Dogg is getting ready to release his new Pharrell-produced album. Though we’ll all see plenty of performances and TV-show appearances to promote that, last night something special happened.

On WWE Raw last night, Snoop Dogg came out to great the crowd before being challenged by wrestler Curtis Axel, who claimed Snoopmania has nothing on Axelmania. At the last minute however Hulk Hogan appeared to honor the rapper and take Axel down before Snoop tossed him out of the ring.

Watch the video below and grab Snoop’s new album BUSH May 12.