The soundtrack will receive its first vinyl release this June.

Though Nicolas Winding Refn had been directing features for over a decade, his 2008 film Bronson felt like a massive breakthrough. Part of that was due to the wildly varied sources used to build the soundtrack to the film about “England’s most violent prisoner”. That musical fetishization made Refn one of the most influential current directors following 2011’s Drive, but Bronson is where many of those qualities were first introduced.

As unpredictable as Tom Hardy’s portrayal of the title character, Refn filled Bronson’s world with arresting musical cues that leapt from 19th century Romantic opera masters Verdi and Wagner to the glitzy New Romantic synth-pop of Pet Shop Boys and New Order. From that murky opening shot of Hardy, locked naked in a cage, preparing to fight prison guards set to Scott Walker’s moans from ‘The Electrician’, Refn proved himself not only a skilled director, but a master curator.

The film also marked a major break for Johnny Jewel and the Italians Do It Better family by including Glass Candy‘s ‘Digital Versicolor’. It’s a partnership that feels especially significant in 2015 since Jewel’s music featured heavily into the soundtrack for Drive and recently he composed the score to Ryan Goslings’ upcoming directorial debut, Lost River

Now Bronson will receive its first vinyl release on June 9th via Milan Records (along with CD and digital releases). Check out the haunting, original art by All City Media for the release and revisit Glass Candy’s “Digital Versicolor’ below. 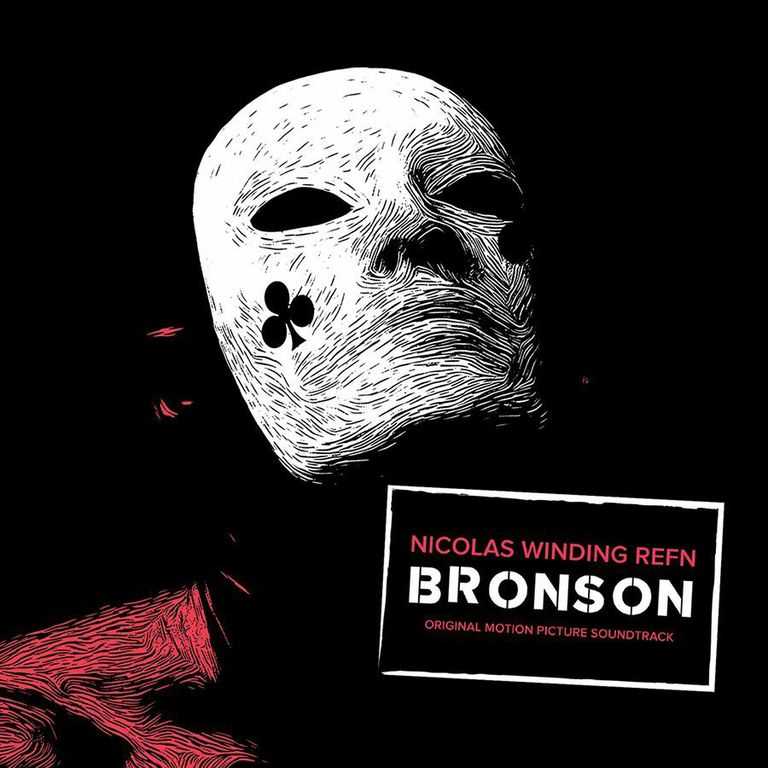