It’s a good sign that the eight releases featured this month sound very little like one another. We’ve got the self-released follow-up from a producer who made one of our favorite albums of 2014, a heavy metal sci-fi rock opera, a shoegaze band that will remind you why you loved shoegaze so much in the first place, and a new project from a former Zs guitarist that kind of sounds like Tromaville’s answer to The Knife.

But before all that, let’s start things off with our particularly mysterious Release Of The Month. 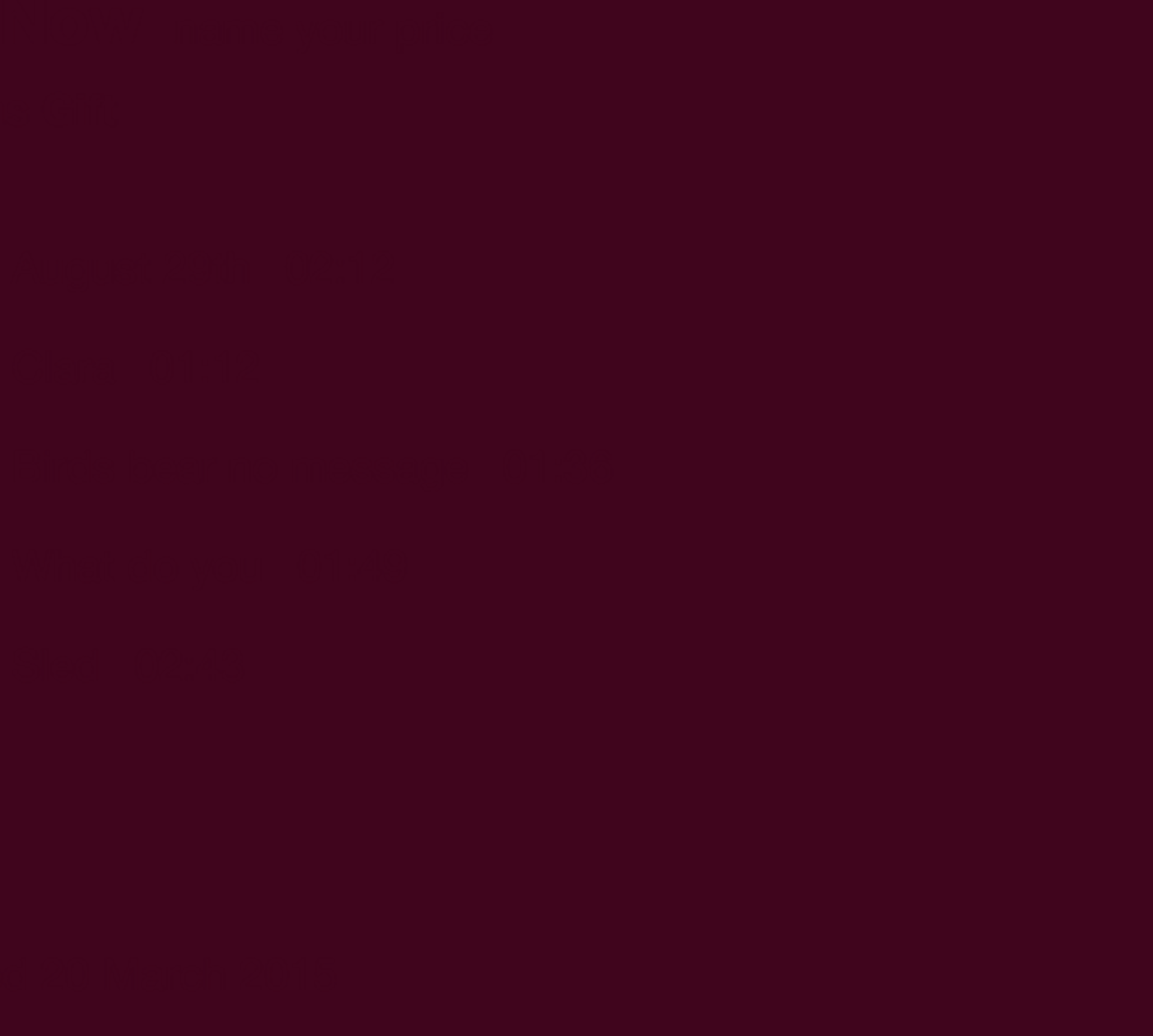 The music of 100%, as introduced on January’s debut It Gets Darker and expanded with these 10 crushing minutes, is soaked in intimacy, but that’s not all. It also wisely uses the medium of Bandcamp to heighten its impact in every way. The anonymous woman behind the project channels the intangible feeling of closeness from the release’s unpronounceable title to the way it’s presented.

Navigating 100%’s Bandcamp page itself is something of a puzzle, reinforcing that secrecy. All text is printed in the same deep port red as the background, created a rich blank space that’s arresting to come across after scanning through hundreds of these pages. Highlighting sections unveils titles and lyrics making the entire page feel like flipping through a diary written in disappearing ink. Those lyrics — even the ones that seem tossed off — feel tossed off in the same way as the passing thoughts you’d only share with a trusted friend would care to hear them. But as we’re warned from the start, it gets darker.

On ‘What You Do’, a description of a dream, intensely directed at the listener in second person, begins to pick up a lyrical urgency before the entire track ignites in a flurry of raw acoustic strums. ‘Birds Bear No Message’ uses methodical observations to later heighten the powerful personal revelations that aren’t always made explicitly clear to us. Maybe they’re not meant to; nonetheless, it’s a joy to bear witness to.

The music reinforces that feeling as well, evoking the great records that felt like captured field recordings from Grouper’s recent Ruins to John Fahey’s The Transfiguration Of Blind Joe Death. And like Grouper’s beeping microwave, or Fahey’s barking dog, these qualities only immerse the listening more in the space. ‘Clara’ is a meticulous homespun arrangement of looping guitar and shuffling percussion, but also makes room for the delicate clinking of glass bottles. Elsewhere the tender closer ‘Sled’ gets occasionally distorted by chilly blasts of wind in the mic, making everything around warmer and fleeting.

100% achieves the difficult dichotomy of creating something deeply, specifically personal while denying most of the context we’ve grown accustomed to in the internet age. There’s no name, no links, no slogans. What is provided are lyrics, if you uncover them. They’re lyrics that evoke fears, wants, dreams, anxieties, memories, and in under 10 minutes they tell you more than most artists would be willing to share over an entire album’s length. It almost feels wrong to shine a spotlight on an artist who has gone to such lengths to avoid it, but not as wrong as ignoring her would be. 100% is undeniable, and the project doesn’t need a face or a name to prove that. 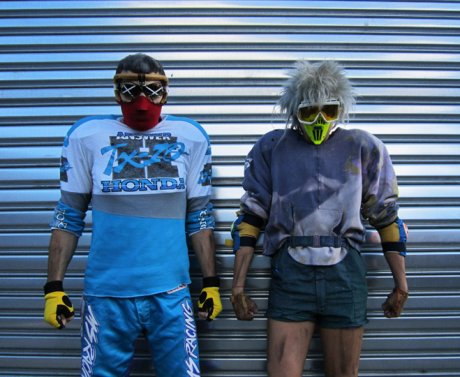 Mouthguard88’s debut album brings a mutated bizarreness to Rick Rubin-style rap rock. New Slaves-era Zs guitarist Amnon Freidlin delivers the hyperreal jock jams, but that’s only half of it. Vocalist Diana Joy matches Freidlin’s tracks with a voice that can jump from commanding (‘Looking For Wildlife’) to cartoonish goofy (‘Get It In’) with ease. They make a lean, powerful pair with Joy throwing vocal haymakers through Freidlin’s beats all while he obliterates her voice (and everything around it) with effects. I have no clue why they’re chanting “Aruba, karate, don’t forget your body!” or “Boom! Get that pocket change!” but it hasn’t left my head for days on end. 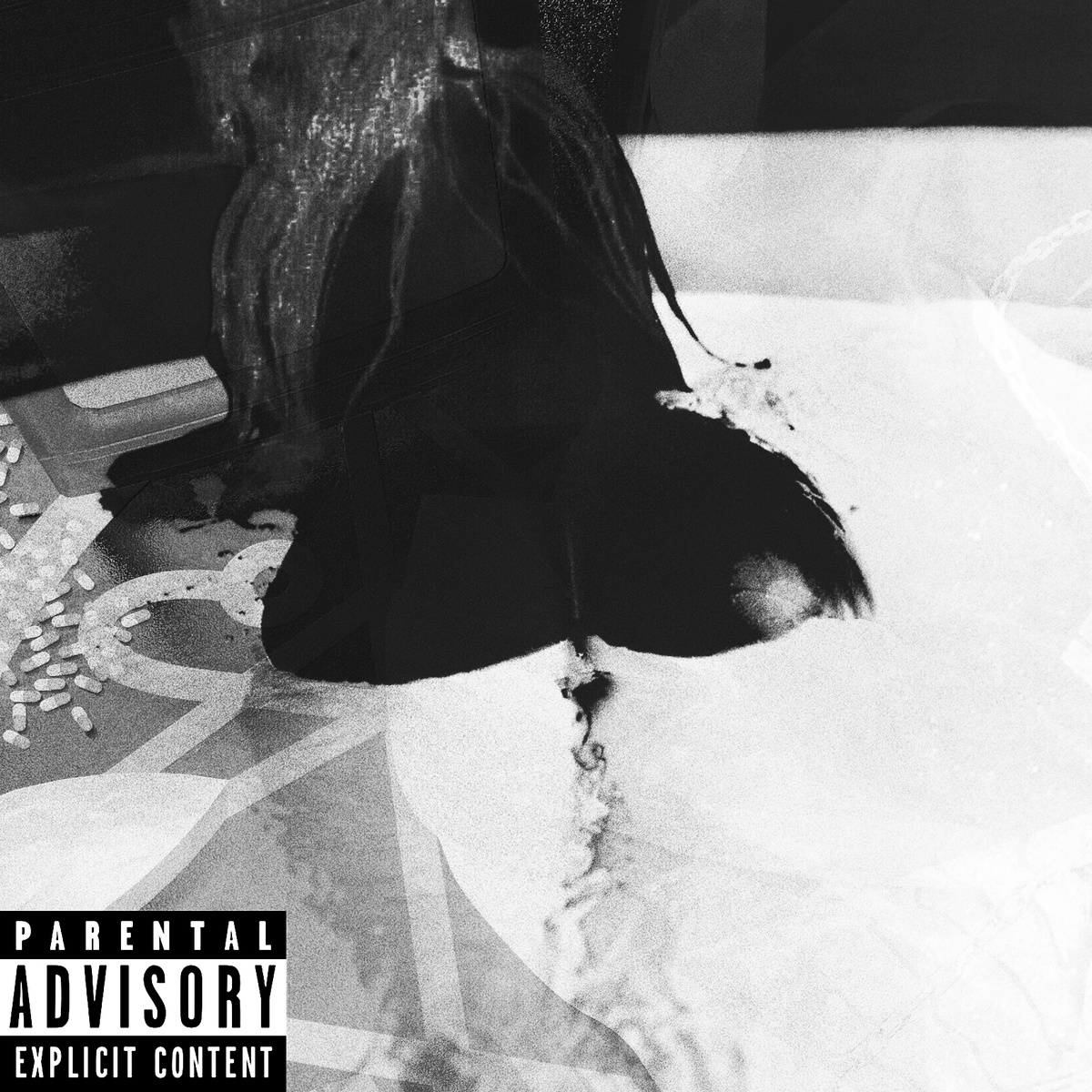 LSD’s 2014 release w h o r e c o r e was a promising tape that actually ended up snagging a spot on our Best Albums Of 2014. From the second ‘Fuck Me, Faye Valentine’ slithers in with its minimal synths and playful Lotic sample though, Sacanagem grows into a more confident sequel in just about every way. The horror-score melodies are still there, the distant screams, the snaps —hell, with Cakes Da Killa and Rahel here even the guest spots are similar — but Sacanagem just brings more. Cakes delivers on ‘Cold Wintour’, and BBYMUTHA’s steals the spotlight later with eerily calm ‘Mindfxvk’, but it’s LSD who steals the whole show with the bumping, sighing centerpiece ‘R e c h u r a_’. w h o r e c o r e was a hidden gem for those who sought it out, Sacanagem is where LSD finds an audience. 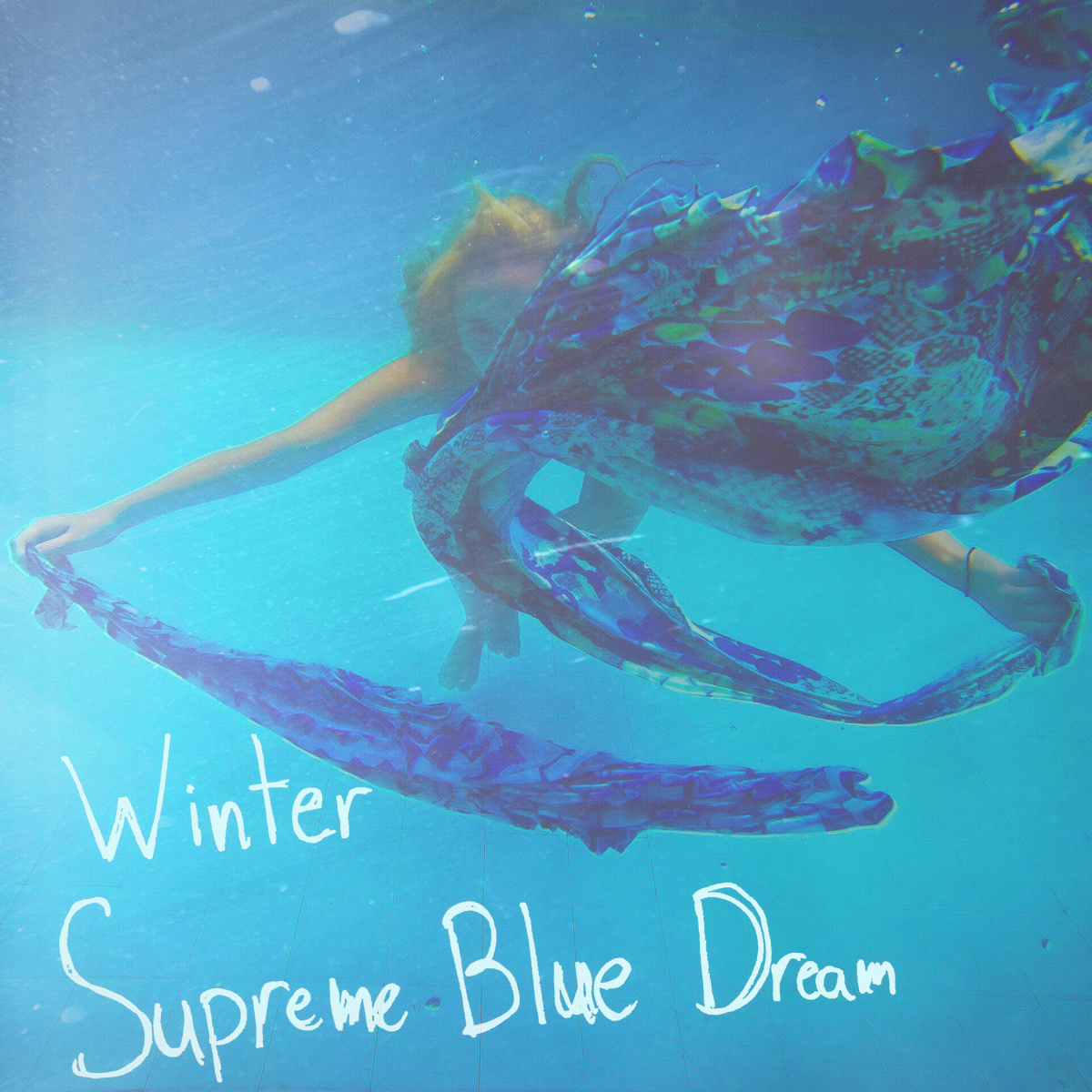 The reason why most people resent shoegaze these days comes from years of disappointment by bands hiding a lack of songwriting with distortion, reverb, and effects. It’s not even all that different from the way we currently cringe at the word dubstep: just replace “ethereal” with “sub bass” and trade in your ecstasy for molly (oh, and obviously Burial is Kevin Shields). But if there’s one thing Bandcamp has taught us it’s that taste, genre, and scenes (whether they celebrate themselves or not) are meaningless if you just have someone who really knows what they’re doing and really commits to it.

Winter have two of those people on the dazzling, passionate Blue Dream Supreme. Samira Winter’s joyful vocals and heartfelt lyrics (sung in English and occasionally Portuguese) provide an emotional backbone before being packed with enough sonic fuel by producer Nolan Eley until they soar and burst like bottle rockets. Tracks like endlessly detailed ‘Waiting For Summer’ glow even as they evoke just a faint sadness. In the spirit of Real Estate and like a March day in LA, Winter’s sunny lyrics come with just the subtlest chill that’s easy to ignore, but impossible to make go away. Like its lush cover, the album makes for a refreshing, breathless dive, but you have to come up for air eventually right? It all makes Blue Dream Supreme a subtly complex listen and a remarkable debut album. 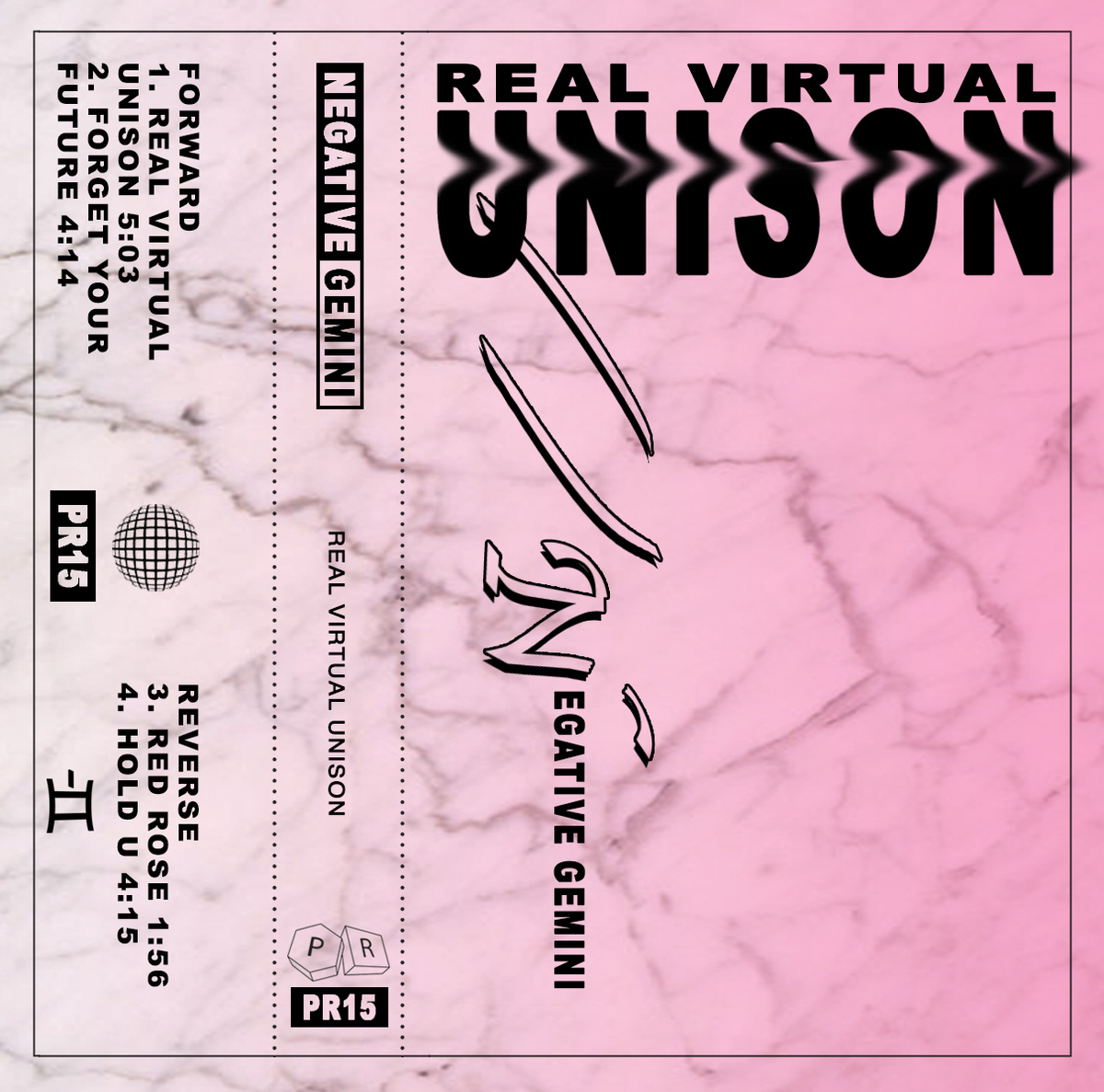 As Negative Gemini, Lindsey French builds her songs out of brittle drum machines, Prince-like robo-funk, thumping hip-hop (it doesn’t surprise that her last project was a rap group) and foggy synthscapes that breath like a living creature. If this makes her seem like the kid who mixes every flavor of soda, Real Virtual Unison doesn’t come off that way. French ties keeps all the fighting sounds in line with her vocals, which she approaches from a different angle with each performance.

There are the tracks where she lets herself simply become another instrument such as the layered, faded melismatics on ‘Red Rose’ and the chorus of the title track, but it’s when she puts herself front and center that you hear how great this project could be. ‘Forget Your Future’ is where French lets go over a massive foundation of claps and drums, channeling the ghostliness of Grimes before bursting into chorus shouting ‘you don’t know how much I care!’ with the sort of life-or-death urgency of Arcade Fire’s Régine Chassagne. Real Virtual Unison isn’t just a great EP, it feels like a promise for something even better. 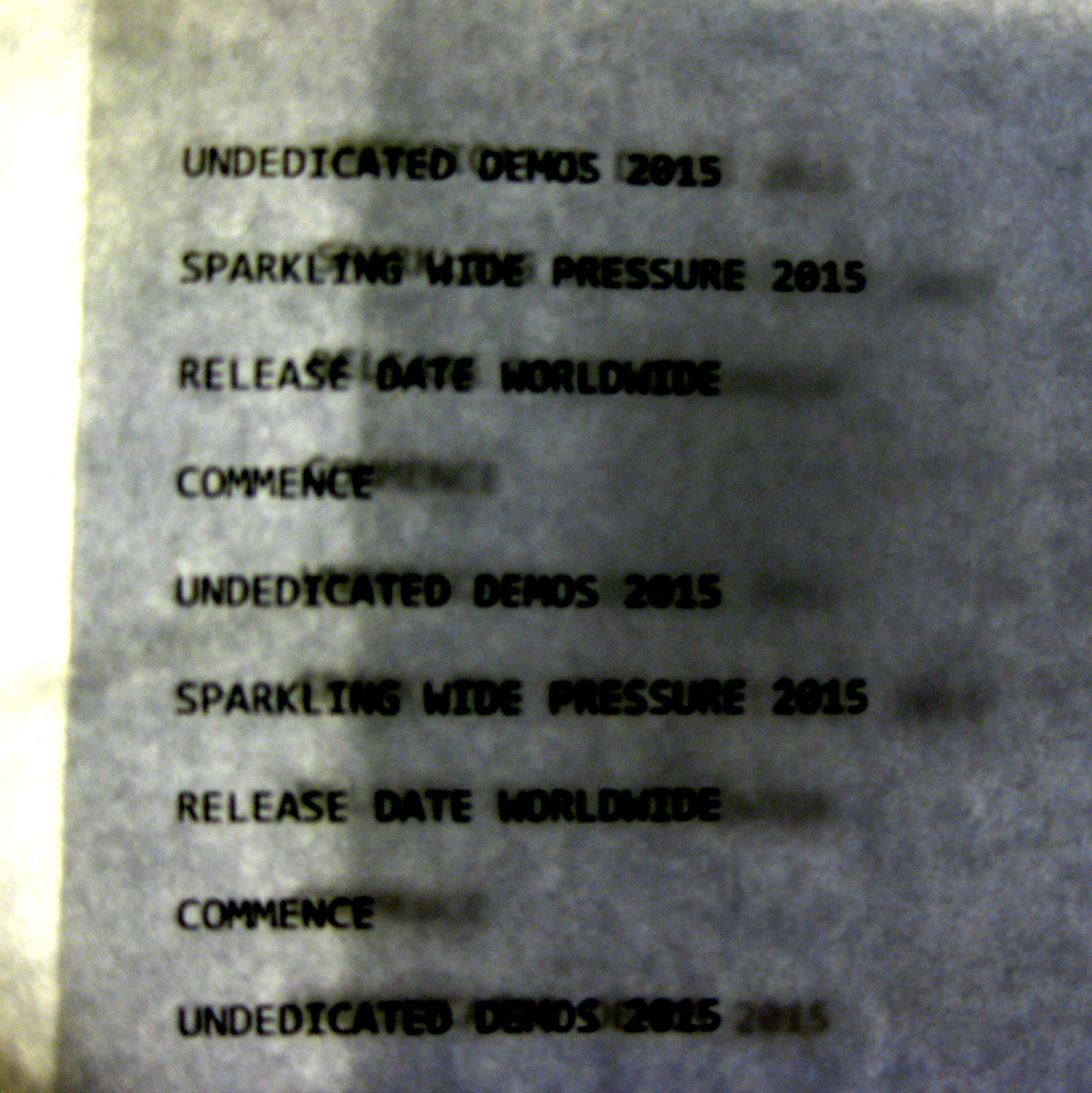 Frank Baugh aka Sparkling Wide Pressure’s recent Clouds And Stairs is a great record and worth streaming, but it’s also on a label, not on Bandcamp and getting plenty of attention on its own. Still, it’s a great opportunity to shine a light on Undedicated Demos, a freebie companion release that is just as deserving of your time. Despite the word “demos” giving the impression of “rejects,” that doesn’t feel like a problem when hazy, lo-fi psychedelia has always been an essential attribute of SWP. If you need quick convincing skip, straight to closer ‘Carly’, which weaves field recordings, eccojammed vocals, psychy guitar wanderings, and plenty more for a constantly surprising 14-minutes. 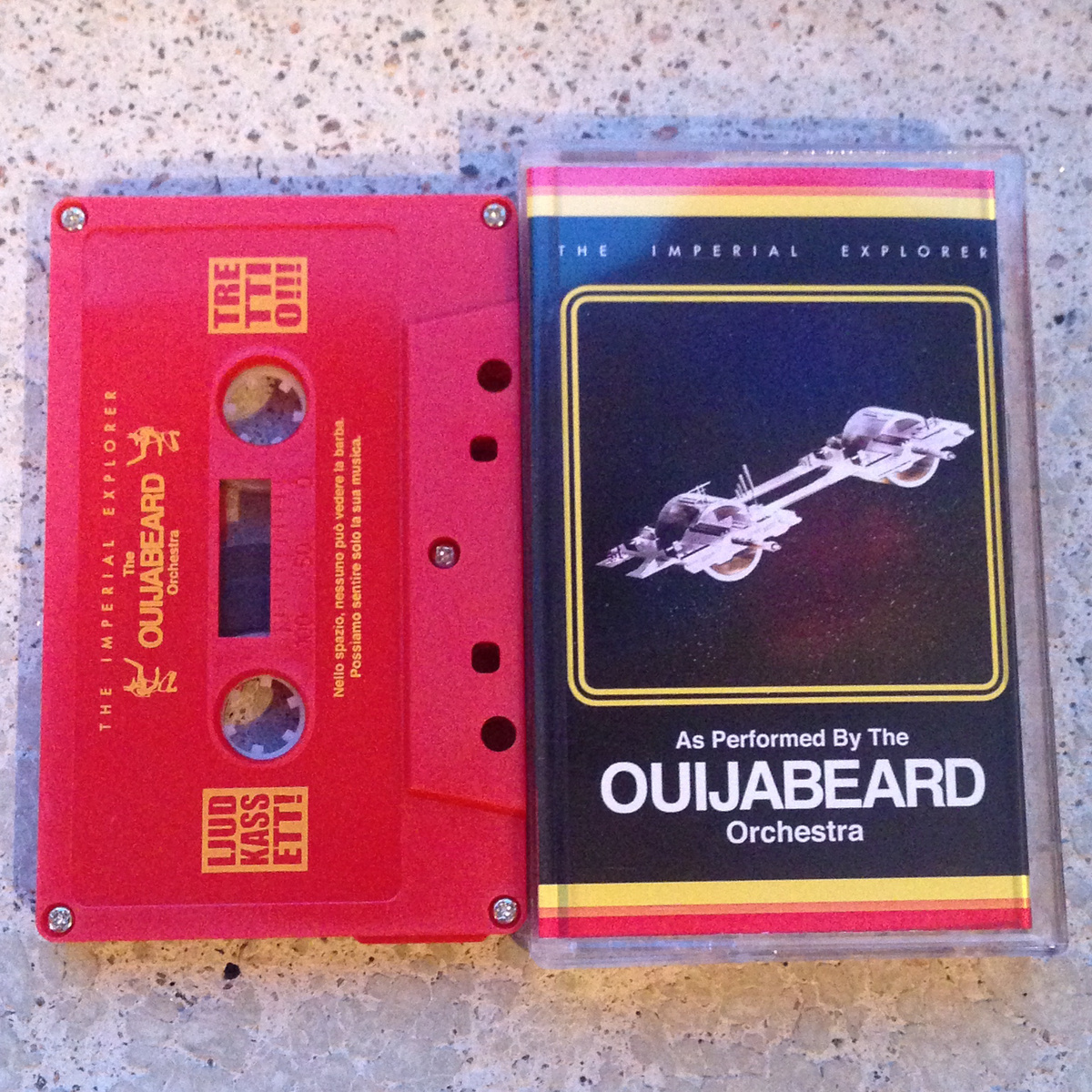 As a metal band, Ouijabeard mine influences from the prog and heavy metal greats of the 70s. While the Swedish band’s scale is significantly smaller, their ambitions never feel that way. The best example of that is their recent heavy metal opera, The Imperial Explorer, a 27-minute journey through space on the titular ship. The sci-fi metal story is tied together by proggy keyboard textures, stretched out guitar solos, and soaring vocal climaxes that all work towards wringing as much drama from the scenario as possible. If that bandname makes it sound like a joke, the trippy Phantasm-esque video they released shows how serious they are. 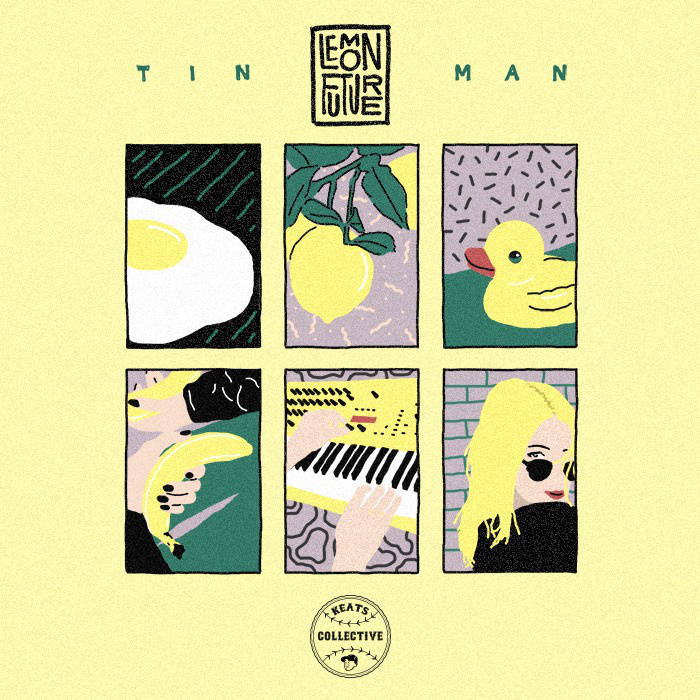 Denver musician Steele Kempton’s Lemon Future moniker — and general obsession with the fruit — makes sense once you get through the glowing, hyperactive Tin Man. Like lemonade, lemon meringue pie, limoncello and all the other great byproducts of good old citrus limon, Kempton’s songs are eye-openingly sweet, but always refreshing. That’s especially true on ‘Mettle’ which bounces with a Rustie-like sense of carefree play. Like a good dessert, Tin Man feels right here at the end of this month’s column.