The singer responds to her former bandmember’s comments.

Yesterday Crystal Castles returned with new music. This was a surprise for many who assumed the project was over since the duo of Alice Glass and Ethan Kath split last year.

When Kath posted his new song ‘Frail’ it came with a note underplaying Glass’s role in the project, and mentioning how she took credit for lyrics that he wrote. The post was deleted shortly after, but Glass has now responded to the comments on Twitter with a very different take. 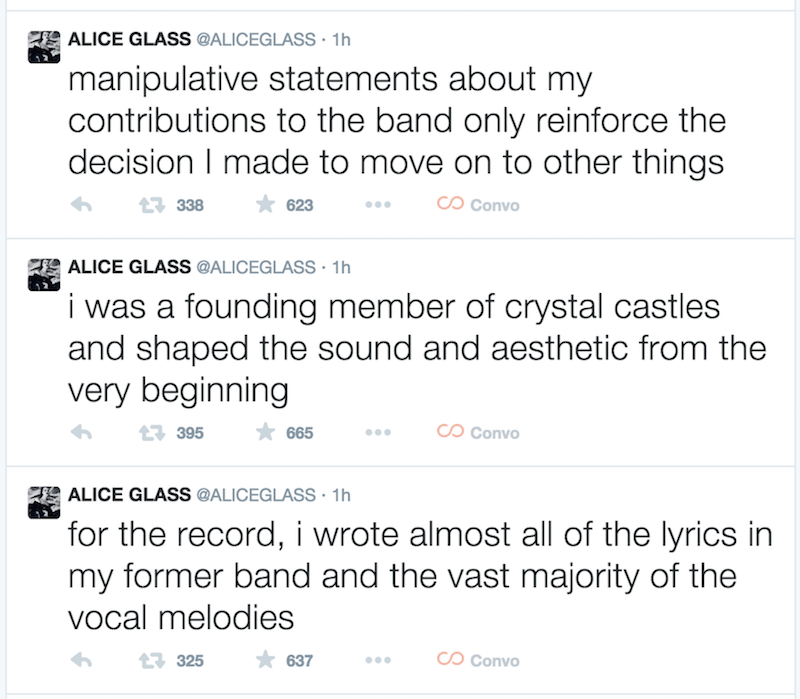 On a more positive note, she followed her comments with a promise that new music is on the way. 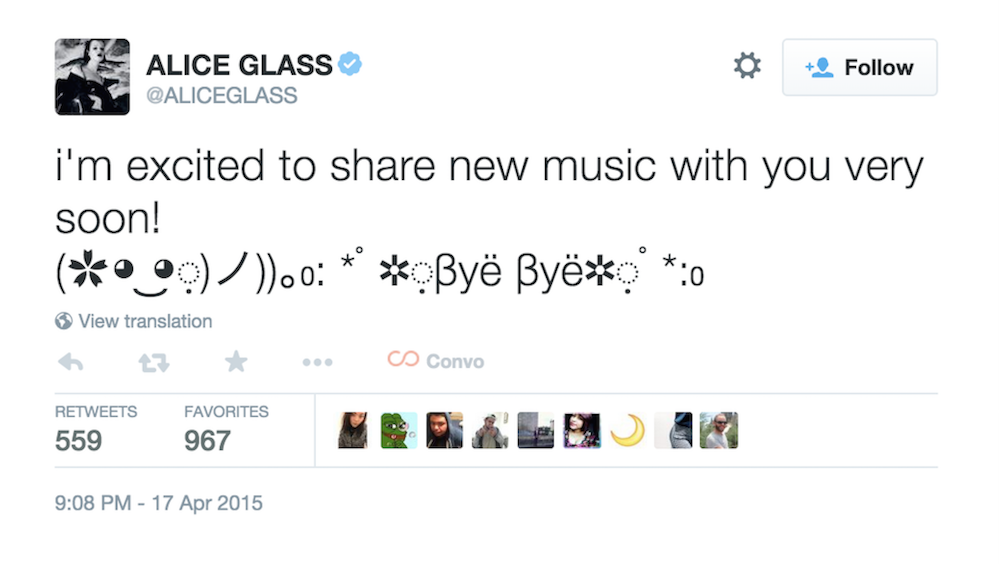