Janet Jackson may be releasing an album this summer

Updat: The photo originally reported on by Hip Hop Vibe was not an Atlantic release schedule, but it still looks like Janet Jackson has an album out this summer.

The photo is likely a distributor’s release schedule, and a quick call to your major music store will confirm Jackson has an untitled album (not currently linked to any label) available for pre-order and due July 7.

The singer preps a new album on a new label.

Janet Jackson will release a new album later this year according to a recently discovered list of upcoming releases for Atlantic Records. It appears the album will be out July 10, it currently has no title. You can take a look at the photo below. Jackson’s last album was Discipline for Island Records. 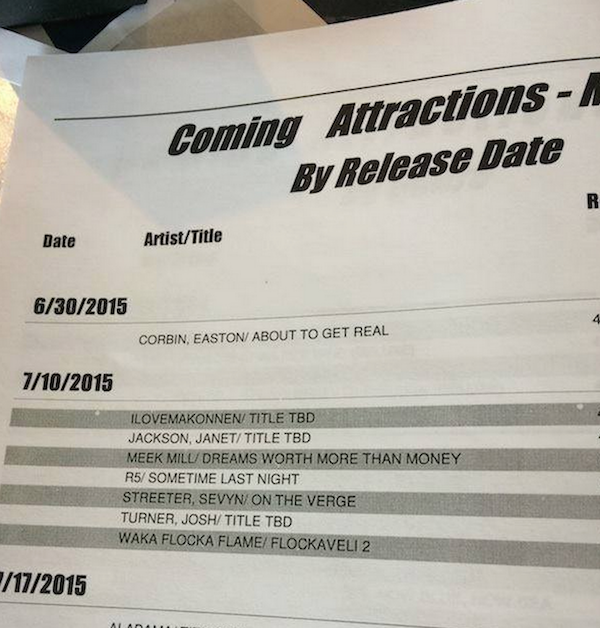