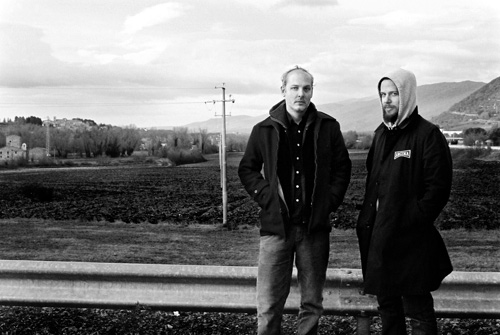 UPDATE: Stars Of The Lid have been at work on a new album with Ben Frost that is “slowly being recorded” according to Self-Titled.

Kranky will release the final two albums from the seminal drone duo.

Though Stars Of The Lid haven’t recorded a new album in nearly a decade, their shadow still hangs over the world of ambient and drone music. If you ever get to see them live on the rare occasions they perform (including a performance this weekend at Unsound Toronto), their music still leaves audiences humbled and emotionally spent. Unfortunately, the best of that work — the towering two-hour albums 2001’s The Tired Sounds Of Stars Of The Lid and 2007’s And Their Refinement Of The Decline — have been out-of-print for quite some time and like all great out-of-print albums they fetch exorbitant prices from collectors.

Now, Kranky have announced they will reissue both albums in their original triple-LP on August 14th. Pre-order them here and stream or download the awe-inspiring Refinement closer ‘December Hunting For Vegetarian Fuckface’ below.