This is why we can’t have nice things.

Earlier this month, Lithuanian producer Ten Walls – of big room chart infiltrator ‘Walking with Elephants’ fame – swiftly and successfully sabotaged his entire career, posting a Facebook status that compared homosexuals to paedophiles and generally showed him up as a bigot (as well as a total weirdo – who the hell refers to an anus as a ‘browny’?).

The dance music community reacted just as swiftly and successfully: within a day of the news being picked up by Resident Advisor and FACT, it had made BBC News, and Ten Walls had been dropped by his booking agency as well as several festivals (Sonar and Creamfields among the first to react). Ten Walls announced later that day that he was taking a break from music, and had cancelled his upcoming shows, but at that point he presumably had little choice.

Unfortunately, this being the internet, there’s now a Support Ten Walls page on Facebook, where fans are encouraged to pledge their support for the disgraced DJ by setting their ringtone to ‘Walking with Elephants’ and print t-shirts emblazoned with ‘Keep Calm and Walk with Elephants’. Just when you thought Keep Calm t-shirts had reached their nadir, right? 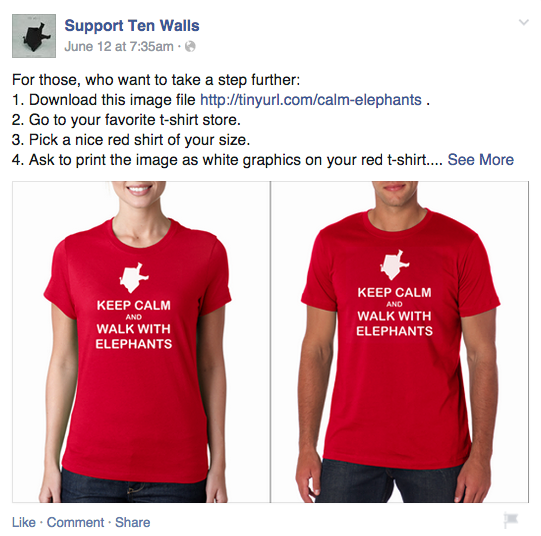