42 per cent of the music played in the first seven hours was from indie labels.

The stats are in regarding what got played in the first day of programming on Apple’s Beats 1 radio, and it’s not great news for independent labels.

Earlier this week Beats 1 mastermind Trent Reznor told Rolling Stone he wanted Apple’s radio offering to feel like “walking into an independent record shop,” but as Music Business Worldwide reports, only 17 of the 41 tracks (42 per cent) played from 5pm until midnight UK time were by independent or unsigned artists.

The remaining 58 per cent was split between the three major label groups of Universal Music Group (39 per cent), Sony Music Entertainment (17 per cent) and Warner Music Group (2 per cent).

The stats – originally provided by Radiomonitor – could prove embarrassing for Apple, which has been trying to pitch its Apple Music service as a place for musical discovery.

The first 10 songs played by Zane Lowe on his inaugural show did live up to that promise however – out of the first 10 tracks played, six came from independent labels. You can see those in bold below.

During the first seven hours of airtime there was also a fair bit of repetition – Pharrell’s ‘Freedom’, Royal Blood’s ‘Little Monster’, The Weeknd’s ‘Can’t Feel My Face’ and A$AP Rocky’s ‘L$D’ were all played more than once – all tracks from majors.

It’s not clear whether the hour of Brian Eno’s Ambient 1: Music For Airports played prior to launch figured into this data, but you can check the spread out in Music Business Worldwide’s handy pie chart below. 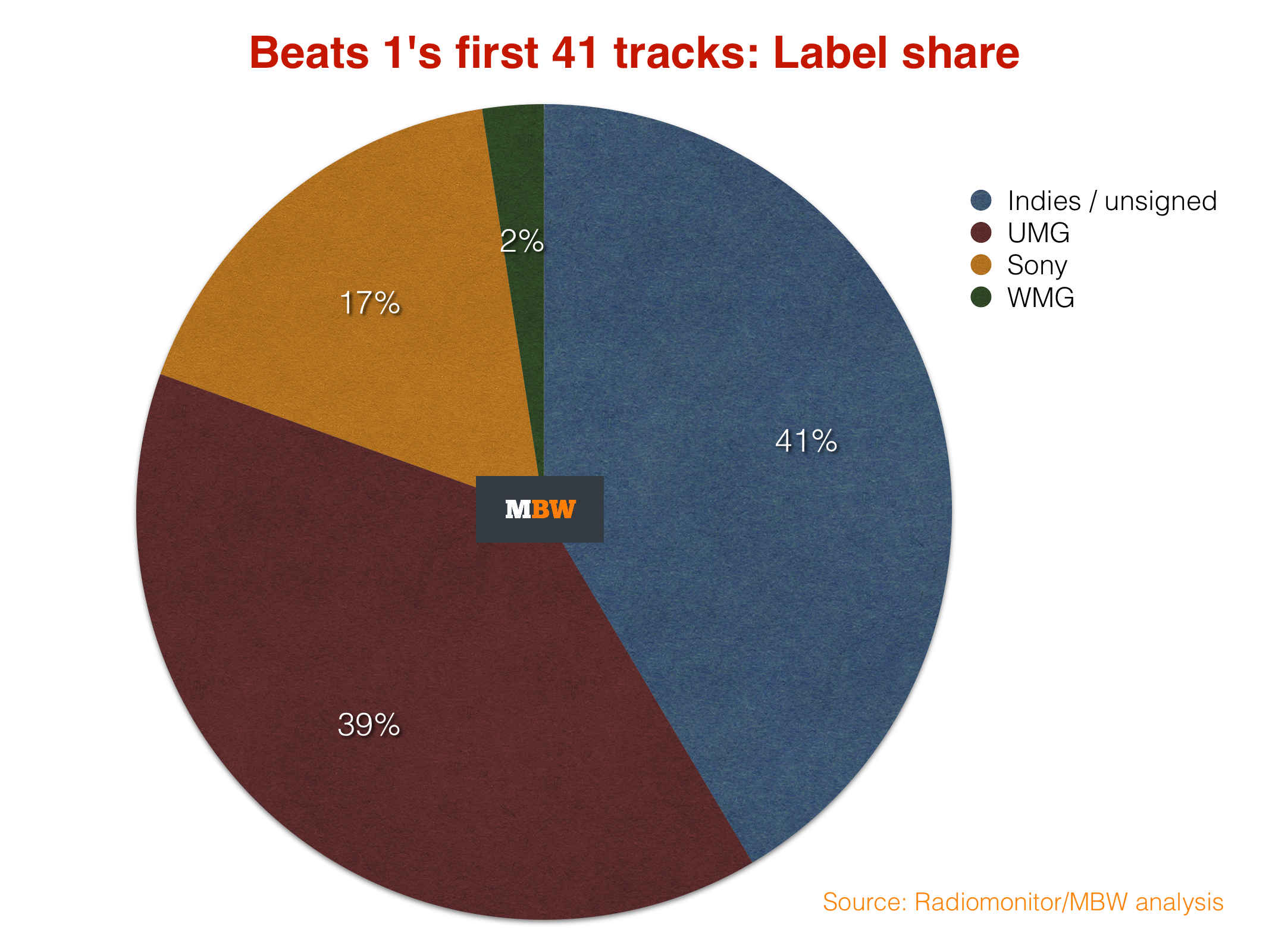