Just from the perspective of a casual listener, Tool were a peculiar band.

With music videos that acted as epic tributes to psychedelia and mysticism and artwork indebted to the cosmic surrealism of Alex Grey, they stood out from the increasingly-stale state of mainstream metal in the 90s. Those who payed attention, however, knew an even stranger band existed beyond all of the unique imagery — a band with a consistently cynical, no-bullshit sense of humor directed at a music scene that could dish it out, but rarely take it. In a single sentence: They were the band that brought Bill Hicks out at Lollapalooza to convince a crowd to look for his contact lens.

During their peak, the band often refused interviews, but that didn’t stop them from appearing multiple times on HBO’s Mr. Show or finding an especially brutal (but admittedly funny) made-up cause to support as bands rallied around Free Tibet and similar. Whatever you think about Tool, the band (and their individual members) have had some pretty strange adventures during those famously long delays between albums.

Before founding Tool with Maynard James Keenan, guitarist Adam Jones worked at Rick Lazzarini’s creature workshop known for special effects and creature work on Aliens, Spaceballs, and multiple Nightmare On Elm Street films. Keep an eye out for the impaled heads in the subway scene in Ghostbusters II — that first one which spooks our heroes was sculpted by Jones. It’s a skill he later put into Tool’s music videos starting with the stop-motion animation in ‘Sober’ and ‘Prison Sex’ and later evolving into a distinct, auteurist style using actors (including Tricky!) in ambitious videos like ‘Parabola’.

Tool were very vocal fans of Bill Hicks, something they made clear on their second album Aenima which immortalized the late comedian with lyrical references, samples of his routines, and a portrait in the liner notes titled “another dead hero”. The mutual fandom began when Keenan mailed a copy of Undertow to the comedian and began a correspondence, culminating with him introducing Tool at Lollapalooza (supposedly convincing the crowd to help look around for his lost contact lens).

A Tool/Bill Hicks tour was even in the works, but didn’t work out following the comedian’s diagnosis of pancreatic cancer. Though the band had a strict no-interview policy for the album, Keenan did speak about the connection with the Austin Chronicle on the specification that it be a “Bill Hicks interview, not a Tool interview”. In the interview Keenan explains that the band and Hicks were “speaking the same message, but in a different language”, and cited the sampled routine in response to his heroes untimely death: “Even in the passage when he’s talking about the young man on acid realizing all matter is merely energy condensed with soil vibration, he says there’s no such thing as death.”

While Keenan is the singer and lyricist for Tool, he’s fairly quick to resist any sort of “frontman” placement in the band, something made clear by their stage setup which places each member in a line. For a more Keenan-centric project look no further than Puscifer, which has remained his distinctly solo project (though guests come and go, Keenan is credited as the only member). It shows off his more unpredictable side, with genre experimentation and Keenan’s sense of humor shining through in the often silly artwork and costumes that feel more Ween than Tool.

Tool fans were well acquainted with Puscifer longer before Keenan’s released an album under the name. It came through one of Keenan’s many appearances on the HBO sketch comedy classic Mr. Show With Bob And David. Keenan was a part of the show from the first episode when he was arrested alongside David Cross’ perpetually-under-arrest redneck Ronnie Dobbs. He and Brian Jones appeared alongside as the band ‘Puscifer’ to express their support of Dobbs and ask the important question “who’s really in jail”. Keenan later performed a song for their ill-fated film Run Ronnie Run and still maintains a solid relationship as the Bob Odenkirk-directed trailer for Puscifer’s 2013 live DVD proves. 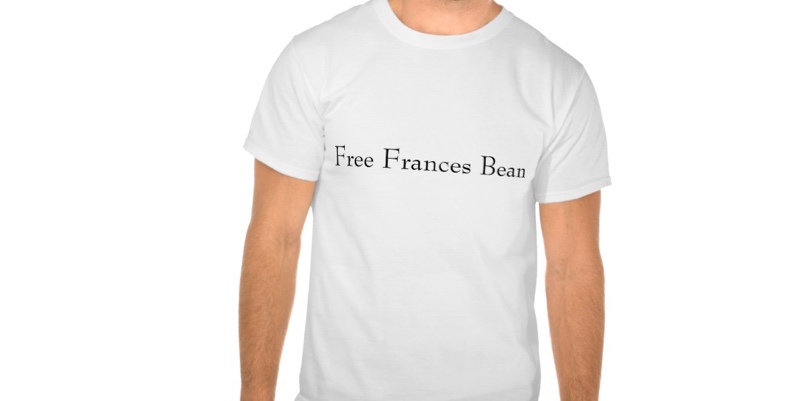 As a parody of “Free Tibet”, Keenan created a “Free Frances Bean” shirt that briefly provoked a high demand from fans and intense scorn from the butt of the joke, Courtney Love. Describing it in hindsight Keenan told MTV: “[Watching Love] my first thought was, ‘Oh my God, how is Frances Bean gonna survive this insanity?’ Because artists can be extremely eccentric and insane, and unfortunately, the people they hurt the most are the people that are closest to them. The shirt was kind of a flippant joke, and then it just spiraled out of control.”

Starting in 2004, Keenan has built up a strong reputation for his Arizona-based winery, Caduceus Cellars. Though the label is named after the staff of the greek god Hermes, Keenan’s brand is perhaps better known for the name of the vineyard, Merkin, after the highly appetizing term for a public wig.

The premise of Crank (picture the plot of Speed, but replace the bus with Jason Statham) was already absurd, but that was nothing compared to the sequel High Voltage which featured the action hero running around trying to keep his artificial heart pumping through constant electrocution. This led to a lot of unhinged moments, one of the most memorable featuring Keenan as a pet-owner using a shock collar on his dog. He’s quickly approached by Statham who (claiming to be from PETA) furiously shames them and removes the collar before quickly putting it on his own neck and demanding they shock him.

Dark ambient pioneer Brian “Lustmord” Williams has collaborated with Tool on a variety of projects, from DVD music to atmospheric storm sounds on ‘10,000 Days’. Back in 2013, Maynard returned the favor by providing bottomless-pit vocals to ‘Abaddon’, an 11-minute song on The Word as Power — an album released by Berlin-based label Blackest Ever Black.

Read next: The 40 greatest post-metal albums of all time.