Featured Stories I By Chal Ravens and Scott WilsonI 17.07.15 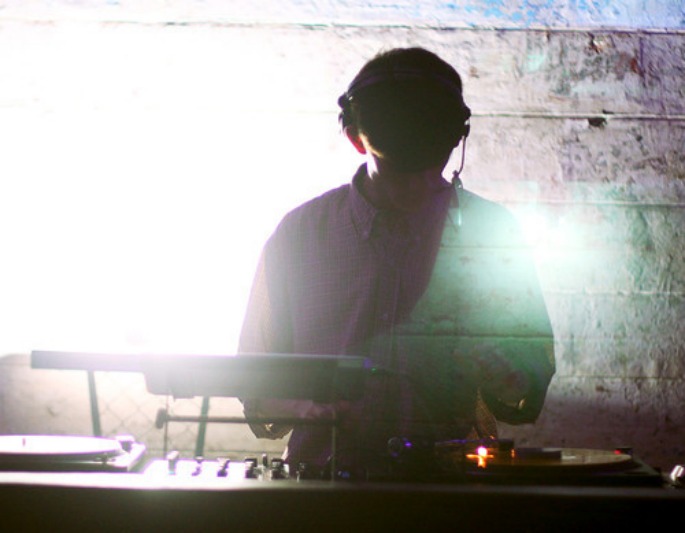 This week we got our kicks from two polar opposite mixes recorded at Freerotation festival, a world-class set from one of Britain’s most influential DJs, a highly educational primer on Italian esoterica, plus more besides.

It’s a little known fact that the term ‘FOMO’ was actually coined during a 2011 conversation about Freerotation, the tiny members-only festival that brings a few hundred of dance music’s keenest heads to Hay-on-Wye for intimate sets by the likes of Call Super, Donato Dozzy and Tama Sumo. Objekt had the honour of closing proceedings this year, and we’ve noticed more than one of the Freero illuminati since referring to finding something in their eye during his blistering set. With bits from Underground Resistance, Love Inc and Aphex Twin, it practically achieves lift-off in the last half hour – Objekt himself called the whole thing “a profoundly intense, joyful experience”.

Wouldn’t it be cool to be able to say, casually, perhaps to a frenemy with whom you’ve been cultivating a covert game of oneupmanship, “You know, lately I’ve really been getting into Italian avant-progressive music – the good stuff, from about 1974 to 1985”? Well, send your thanks to Jon Dale, the writer and record collector behind our essential rundown of the UK’s 70s DIY scene, for he has made an exceptional two-hour primer to this particular niche for Frozen Reeds. “As easy on the ear as any avant-progressive scene could ever be,” as the label says – and Dale’s even made a second mix exploring the “dark flip side” of the scene, once you’ve emerged from your bubble of serenity. Beware: Contents could lead to a ruinous Discogs spree.

Dekmantel’s near-flawless run of mixes continues with 85 minutes of music from Call Super. He calls it a mix of “festival atmospheres”, but despite his description and tracks from Levon Vincent and Moby, it’s a mix full of sunshine bangers you probably won’t know – the Italo portion towards the beginning makes this mix worthy of inclusion alone. Call Super is quietly gaining himself a reputation as a killer DJ and this mix shows why – he knows how to combine texture, emotion and enough funk to make you dance while digging deeper than most.

Though Objekt closed Freerotation with a set of wall-to-wall bangers, it’s also a festival known for its intimate ambient sets in the chillout yurt. Though Surgeon’s live Buchla performance has had all the attention, it’s this incredible set from London DJ and Freerotation resident Jane Fitz we’ve been listening to. Don’t let the “chillout” tag put you off – this is a seriously heady mix of kosmische synth rarities to float off to.

Last month saw the release of The Shakes, Matthew Herbert’s first dance album in almost a decade. Radio 1’s Essential Mix marked the occasion this week with deserved slot for Herbert, a producer who has influenced everyone from Erol Alkan to Ben UFO. The tracklist for his Essential Mix might be full of familiar material from Matrixxman, Blawan, Matias Aguayo and Alter Ego among others, but the way he mixes it is definitely not. Nobody makes or mixes house and techno that’s as playful and wonky as Herbert, and long may he continue.

Noisy Leeds duo Chrononautz released a belting album of livewire techno last week, introducing themselves as “dirty, rotten punks” in their accompanying interview with FACT. The pair had initially intended to crank out an improvised live set for their Electronic Explorations mix, but instead they’ve gone the traditional route – though unusual for them – and picked out some of the tracks they’ve been listening to lately. In particular they’ve showcased some of Leeds’ underground talent, including “live static fizz” from Ocelocelot, bits from the Sheepscar Light Industrial label, and Lobster Theremin’s HDMZ.