Chainsaws, tramps and Punk-O-Rama: Mykki Blanco opens up about Dogfood Music Group and his whirlwind 2015

Earlier this year, music sites (including this one) were abuzz with news that Mykki Blanco had quit the music business.

The news hinged on a Facebook post wherein Blanco announced a new focus, investigative journalism, and decried his frustration with being a rapper. Blanco never explicitly said he was retiring from music, and when we speak by phone, he seems surprised by the whole thing. “People took that and ran with it… they must not have had anything to talk about that day.”

Still, the frustration was real, but not just for the reasons given at that time. As he revealed in June, Blanco has been HIV positive since 2011, a diagnosis that had left him depressed and disenfranchised about his future in music. “I thought I couldn’t continue in the entertainment industry,” he explains. “I thought that people would be so polarized and have a different idea of who I was that I wouldn’t be able to be a musician.” Even in coming out publicly as HIV positive, he assumed it would be the end of Mykki Blanco the musician, commenting on his post that “the music industry ain’t gonna like i admitted this so if a curator could help me move more into the art world that would be awesome.”

Contrary to what he initially thought, coming out has not hurt his standing in music. “Everybody that follows me is an organic, real person and when I realized that all those people are real people and not robots and not given to me, that this is my audience, I realized I can tell them something about myself” and still be accepted. “Everything I had built is kinda saying “fuck you” to people that think they can box me in or tell me I can’t do something.”

Now, Blanco has entered what he describes as “the most transparent part” of his career. While the earthquake in Nepal scuttled his plans to learn about the “meti,” country’s “third gender” people, he has embraced academia, giving lectures at universities like Dartmouth and Emory; his first TED Talk is planned for this fall and he is working on a piece about refugees of climate change. 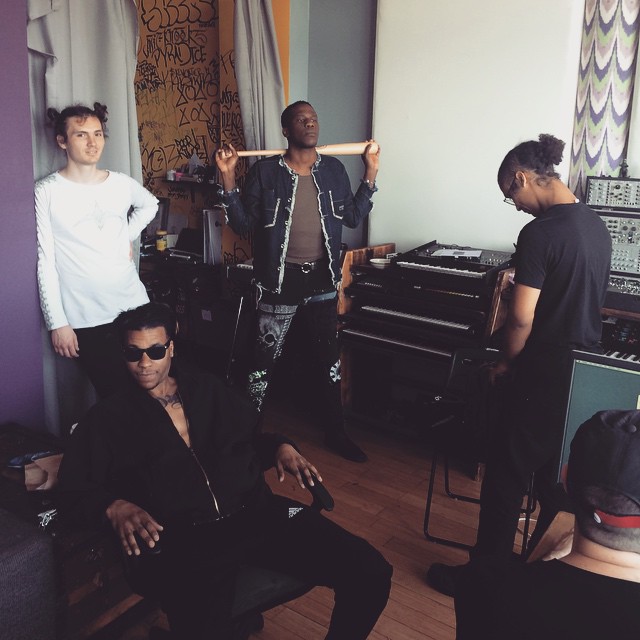 “People are really going to fuck with the people I put on.”Mykki Blanco

Along with his other pursuits, he’s taking his music to the next level. In January, he signed a three-year deal with !K7 Records, the label that will release his proper debut album and distribute his recently-launched Dogfood Music Group imprint. “Out of that depression and personal shit, I was able to say, “Stop thinking about yourself, think about your homies. You have a new deal, do something proactive”.” He’ll serve as curator, manager and A&R for Dogfood Music, a role he embraces. “I do believe I have good taste,” he laughs. “People are really going to fuck with the people I put on.”

The announcement of Dogfood Music Group came with a mission statement, to “transcend conventional cultural boundaries / constructs” and disrupt the singular image of “African American Music.” That mission is rooted in his experiences in the music industry. “I’m going to be honest: I thought some of the aversion to my ideas was just homophobia,” he explains. “Then I saw this same attitude applied to talented heterosexual men and women.” He notes a hesitance from labels and the media to cover certain black artists in the underground world. “This is bigger than homophobia, it’s some universal attitude: if you’re not making hip-hop and you’re African American, you’re not going to get heard.”

He names acts that transcend rap and punk boundaries, like Death Grips, Cities Aviv and Ho99o9, and DJ-producers who are driving forces behind queer club music, like Total Freedom and Lotic, as “people that shouldn’t have to be on the fringes.” With Dogfood Music, his goal is to shine a light on these corners of the music world — as he puts bluntly, “I genuinely believe that it’s fucking time for a culture that I’m a part of to get some representation.” Still, his goals are modest. “I don’t want to make some arrogant claim that Dogfood Music Group is the ‘headquarters’ for these artists, but if it can give people exposure, it’s going to be a cool thing.” And despite his focus on black artists, that is only the initial plan for the label. “There can be a white Swedish woman on the roster, or some Asian kid in Texas — it’s not a racial thing.”

Dogfood Music’s first release will be a compilation, C-ORE, that’s due out on September 18. Blanco stresses that it isn’t a mixtape: it’s a compilation modeled after Epitaph Records’ classic Punk-O-Rama releases. C-ORE features the label’s first three artists and also includes two new Blanco songs. “I definitely didn’t start it as a vanity project for me,” he says. “I didn’t want to put my songs on it,” but agreed after being persuaded by !K7. 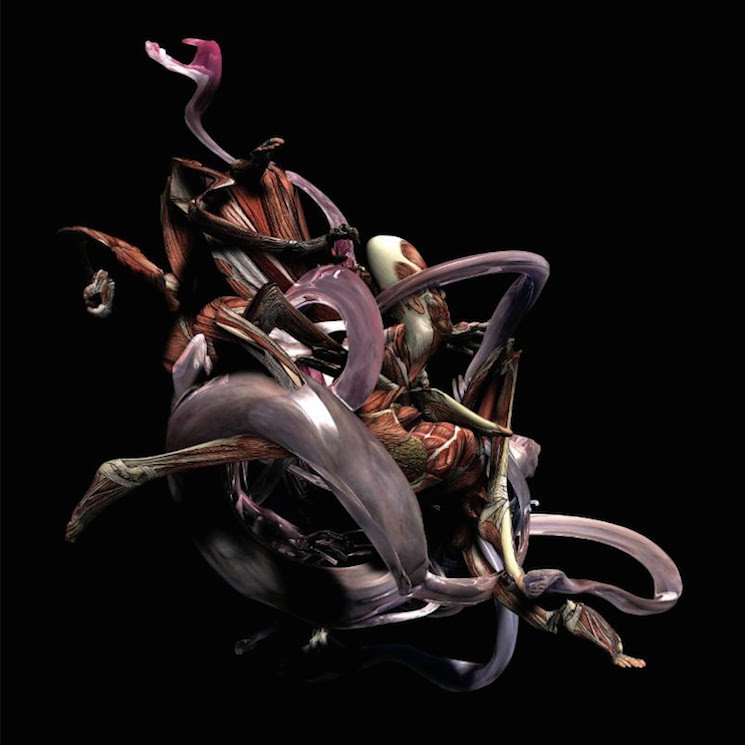 The compilation is haunting and transgressive, dissolving the boundaries between EBM and industrial, hip-hop and spoken word, punk and noise; the other artists are friends that have operated in similar underground scenes as Blanco. Violence also performs as Palmtrees Caprisun and Blanco was impressed by his live performance (“He’s the only motherfucker I’ve seen in a little bit who shreds on a guitar and it sounds and looks great.”). Psychoegyptian was one of the first people he met in New York; Blanco admires his “fuck you personality” and “un-careerist” approach to music, even if he used to get kicked out of clubs because people thought he was the abrasive artist. Yves Tumor is a new alias of Sean Bowie, an underground vet who has performed as Teams, Rahel Ali and half of Bodyguard with James Ferraro.

Apart from the compilation and a forthcoming 12-minute mini-movie, Blanco is most excited about the label’s live tour, tentatively planned for October through to April 2016, which will feature all four artists with no outside openers and a revolving headliner. “The music is good, but this live show is going to put it over the top,” he promises. “We’re talking about bringing chainsaws on stage — it’s gonna be rowdy as hell. It’s going to be like a metal-rap-rock fest in one night.”

After the tour, Blanco will return his focus to his solo debut, for which he’s been collaborating with the likes of Woodkid and The-Drum’s Jeremiah Meece. “I’m doing what I never did before with Mykki Blanco,” he explains, “actually taking my time to be in studio and perfect it.” But first he’ll have to survive another half-year tour, which has been de rigeur for his entire career. For Blanco, nearly non-stop touring is a natural fit.

“I’ve always been into tramps, wanderers, nomads, gypsies — there’s a certain freedom in that,” he explains. “When I was a teenager, I was into anarcho-punk, and part of that ideology is why I ran away from home. When I dropped out of college, I took the Greyhound bus across the country. I’ve always been friends with traveling kids and really clued in to that scene.” Those experiences have shaped his world view and his view of his music. “That’s why I’ve always loved hip-hop, but why I’ve never cared if hip-hop accepted what I did. I know where I come from,” he says. “My roots are in this freak shit.”