The Korean take on ATL rap gets its long-awaited US remix.

Earlier this year, Keith Ape’s ‘It G Ma’ went viral (in certain circles) as a handful of Korean and Japanese rappers dropped a wonderfully weird rap song that more than just borrowed from OG Maco’s ‘U Guessed It’.

The video, directed by Shomi Patwary, brings neon animation to the drugged-out clip — watch it above.

Yves Tumor is embroiled in a surreal love triangle in ‘Kerosene!’ 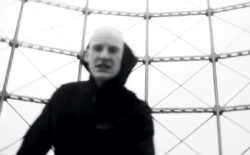 Blackhaine pens an opus to inner city environments with ‘Blackpool’