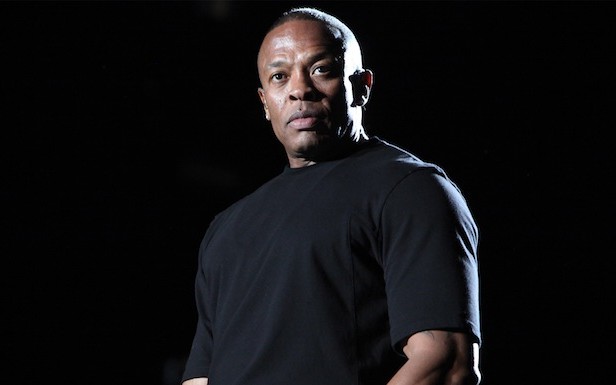 “It’s what everybody’s been waiting for,” says Ice Cube.

In a new interview about Straight Outta Compton, the N.W.A. biopic, Ice Cube told host DJ Mikey Dredd that Dr. Dre is dropping a surprise album in August with the first single out on the 1st, AllHipHop reports.

Technically, “what everybody’s been waiting for” was Detox, an album that we’d still be calling “the Chinese Democracy of hip-hop” had Dre not said he’d finally scrapped it. This one is something new altogether — an album inspired by the Straight Outta Compton biopic, according to the interview. Whether that means this is the actual movie soundtrack we’ve previously heard about is unclear, but will likely be revealed by Saturday.

Update, July 30: Rolling Stone have confirmed Dr. Dre will release his Straight Outta Compton soundtrack soon. The album is a companion piece to the N.W.A. biopic and contains new music produced entirely by the legendary hitmaker.

Dr. Dre is expected to confirm the album on his Beats 1 radio show this Saturday. Multiple sources have told Rolling Stone that the album will not be released on August 1.