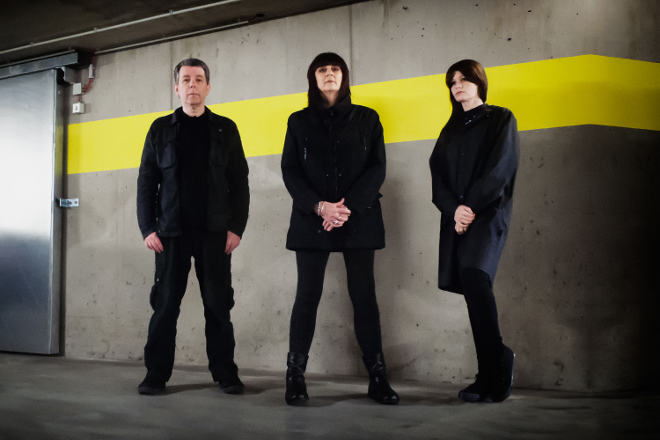 The UK trio will deliver the follow-up to 2012’s Transverse in September.

The six-track f (x) will be released on Carter and Fanni Tutti’s Industrial Records in September, and features more of the metallic guitar, heavy basslines, industrial rhythms and processed vocals that made up the trio’s first LP, 2012’s Transverse.

Despite f (x) being the trio’s second album, it’s their first studio album – Transverse was a live recording made at Mute’s Short Circuit festival at The Roundhouse in 2011.

The album is released on LP, CD and digital formats on September 11. In the meantime, you can check a trailer for f (x) below.