When Roland introduced the AIRA line last year, it didn’t just bring back some of its most beloved gear, it lowered the barrier for entry for those looking to make music with hardware.

Though the TR-8, TB-3 and System-1 have their critics (of everything from the searing green glow they emit to the TB-8’s limited pattern memory), plenty of people like AIRA. The products are affordable, they sound good, and perhaps most crucially, they’re easy to use.

Making modern updates of your own classic gear is one thing, but entering a market you have little experience of is another. Until recently, Eurorack, the small-scale modular synth format, has been the domain of boutique companies like Doepfer, Make Noise, Mutable Instruments and Pittsburgh Modular. The latest additions to Roland’s AIRA line are aiming to take a cut of this growing market for hand-built patchable synthesizers, and comprise a modular version of its System-1 (without keyboard) and four effects modules. It’s probably the bravest move any of the big music gear manufacturers have made in years; an attempt to break into a relatively obscure format with products aiming not just at novices, but hardened Eurorack users too.

On one of those counts at least, Roland has nailed what it set out to do. Until I got my hands on the System-1m a month ago I’d never had any practical experience with modular synthesizers. The cost of getting started coupled with the practicality issues of not being able to save sounds once you’d made them never appealed much, especially when you could spend the same money on an off-the-shelf analog polyphonic synth. The System-1m however is both affordable and versatile. If you don’t have a rack or a power supply to mount it into, it doesn’t matter – it will sit on a desktop and plug into your mains quite happily too. Roland has transformed what is traditionally a large, cumbersome object into something incredibly light and portable.

“Roland has transformed what is traditionally a large, cumbersome object into something incredibly light and portable.”

Like Roland’s TR-8 drum machine, the System-1m is an easy machine to learn. Aside from making synthesis an easy process, Roland has solved the most confusing part of being a modular newcomer – figuring out how to connect your patch cables. Turn the module on, and audio connections glow with a red circle, while CV connections (the way your modules send control signals to one another) glow blue. Immediately it’s obvious that a low frequency oscillator should go into the filter envelope, even if you have no idea what either of those things are. Whether you’ve heard of Eurorack or not is irrelevant; the System-1m works out of the box like a charm. To get the most of it though, you’re going to want to incorporate it into a larger modular setup.

In order to get a better idea of how the System-1m plays with traditional Eurorack gear, I went to a friend’s studio and tested it out with his modular system, adding Roland’s Demora and Scooper modules – a delay and combined looper and randomiser respectively. The difference between the sound of Roland’s gear and his analog modules was stark. Running a sequence from the System-1m into Roland’s Demora for example allowed you to pick out the tone’s sharper edges, while his Doepfer unit created a softer, more lo-fi sound. The limitations and advantages of these modules are the same as with the rest of the AIRA line. If you want to make music that genuinely sounds like it’s come from a vintage synthesizer, these probably aren’t for you. If you don’t mind their digital qualities, then they offer some serious power – but only when you get under the hood.

In their basic form, Roland’s four AIRA effects modules are quite vanilla, offering serviceable effects, albeit at a good price. Add Roland’s AIRA Modular Customiser software, and you have a rewritable module capable of containing a whole virtual rig inside. The software (available for OSX, Windows, iOS and Android) lets you add LFOs, ring modulators, filters and almost any other basic modular component and wire them to the physical controls. With this, a simple delay can also become a chorus effect, flanger, or something much wilder.

On the iOS version it’s as simple as connecting virtual patch leads on your touchscreen, with changes are transmitted over a simple audio cable in real time. It’s not just an afterthought, it’s an integral part of Roland’s design, an elegant synthesis of hardware and software capable of creating some unique sounds. It’s not the only instance of modules being rewritable – it’s possible to write your own firmware for modules like Mutable Instruments’ Clouds for example, but Roland’s software makes it possible for those of us who can’t write code. 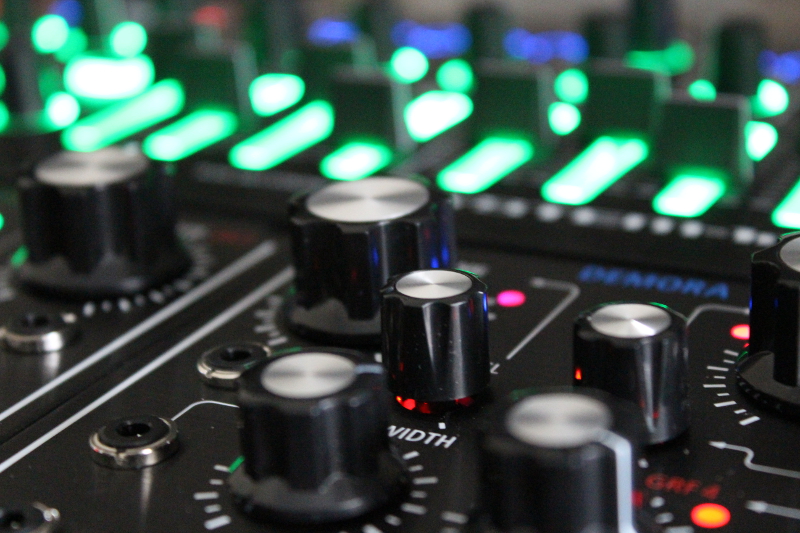 “For those inexperienced in the ways of modular synthesis, AIRA Modular is a gateway drug into the wider world of Eurorack.”

Despite the level of customisation the AIRA modules offer, it’s hard to deny that Roland’s modular equipment lacks the character of the more established boutique operations. Compared to the odd patterns you get with something like Make Noise’s Maths or the granular sounds you get with Mutable Instruments’ Clouds, the AIRA modules feel a little workmanlike, both in the way they look and function. You could buy a whole set of AIRA modular gear and have quite a lot of fun, but you’re going to be missing out on a lot of what makes Eurorack so treasured by gearheads across the world.

Take the Scooper for example. With the System-1m, it’s a fun, but still fairly simple looper and randomiser. Hit the sweet spot, and you get some nice loops, dial it too hard, and it creates some nasty glitches. Use it alone, and you’ll struggle to achieve your dream of sounding like Autechre. Once you plug it into a another Eurorack module though it becomes much more interesting. I sampled a dusty drum loop into the Scooper, and modulated the filter envelope with an external LFO – the result was something that sounded like what you might get if Theo Parrish made IDM. Once Maths got involved, it was making sounds I never realised were possible. I’ve still got an idealised version of that loop in my head, which I imagine must be something that happens to every Eurorack enthusiast in the first throes of obsession.

Since plugging my AIRA gear into a classic Eurorack setup, my own setup has felt a little lacking. That’s not to say I don’t like it; I love it for exactly the same reason my TR-8 gets all the use while my Maschine gathers dust – it’s a hit of instant gratification, something to get inspired by without needing to scroll through a hundred snare drums before I start. But I know now that it’s only achieving a fraction of its potential, and I’m already planning what non-Roland modules are going to be sitting alongside it.

Whether existing Eurorack owners would get much out of the System-1m is debatable, but the effects modules themselves seem worth trying out, if only because the customiser software means they offer so much for so little money. For those inexperienced in the ways of modular synthesis however, AIRA Modular is a gateway drug into the wider world of Eurorack. Boutique companies shouldn’t necessarily be worried about Roland muscling in on their business – they should expect to see a lot more interest from people like me as a result. Whether or not I’ll leave the Roland gear behind when I start to explore further, it’s too early to tell.