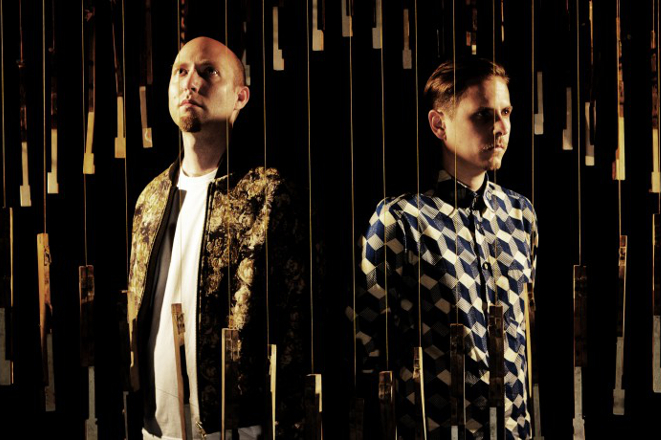 LV are back with their fourth album.

As revealed last month, the London production duo have teamed up with Armenian pianist Tigran Hamasyan for Ancient Mechanisms, which follows on from their 2012 Maida Vale session for Gilles Peterson.

Due on Peterson’s Brownswood Recordings label in October, the album is “as much about the workings of musical artefacts as it is about putting the virtuoso pianist into new contexts.”

The album was created from recordings of a discarded portable piano that left them with a set of samples that sounded like “a bar in a wild west movie,” as well as sessions with Hamasyan in Belgium.

This experience with Hamasyan led them to explore deeper inside the instruments, leading to an album whose elements range from “foreign surroundings to the darker corners of London’s club lineage.”

“We got into the sound that instruments make themselves, not just the production of the sound,” says LV’s Simon Williams in a press release. “We got into the actual sound of keys being hit.”

The album is out on CD, vinyl and digitally on October 9. You can hear album track ‘Transition’ below. [via Dummy]