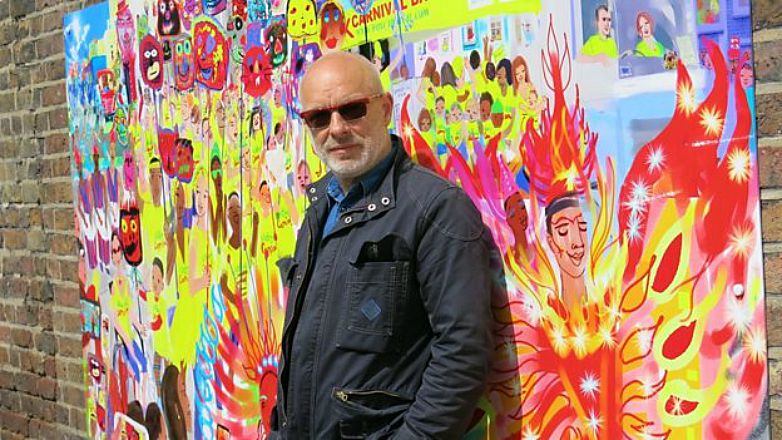 Brian Eno has been selected to deliver this year’s John Peel Lecture on BBC 6 Music.

Following Iggy Pop’s sermon on “free music in a capitalist society” in last year’s lecture, the former Roxy Music musician and shape-shifting producer will present his thoughts on “the ecology of culture”.

The lecture will look at how the individuals and institutions engaged in culture – including artists, broadcasters, promoters, DJs, lawyers and fans – are “symbiotically connected parts of a single huge organism which we call Culture”. The concept seems to be rooted in Eno’s previously outlined concept of “scenius”, where genius is embedded across a scene rather than in an individual.

Eno said: “I’m honoured to be invited to do a talk in the name of John Peel, a man who had a profound effect on my musical life and indeed my becoming a musician at all. His career as a non-musician who altered the course of music has been an inspiration to me and forms the basis of this talk.”

The lecture will take place at the British Library on September 27 as part of the Radio Festival and broadcast live from 7pm on 6 Music as well as being filmed for BBC Four to be broadcast in October.