That sound wasn’t invented by DJ Mustard, but he certainly helped popularise it with his production on Tyga’s ‘Rack City’, YG’s ‘My N*gga’ and a whole heap of bangers over the past couple of years. One track he didn’t produce, however, was Iggy Azalea’s unavoidable 2014 hit ‘Fancy’ – a track that jacks Mustard’s style so thoroughly that many people thought he’d had a hand in it (it was actually produced by pop hitmakers The Invisible Men).

In a ridiculous twist, Jidenna has now revealed that Azalea is named in the songwriting credits for ‘Classic Man’, which was released on Janelle Monae’s Wondaland Records in February. Why? She didn’t have a hand in writing it, and Jidenna’s producers didn’t sample ‘Fancy’ – they were simply so spooked by what happened to Robin Thicke and Pharrell over ‘Blurred Lines’ that they gave the Australian rapper a credit in order to cover their backs.

Jidenna and his label boss set the record straight in an interview with Ebro on Hot 97 this week, with Monae adding: “Hey, she steal from us, we steal back.”

Thicke and Pharrell were forced to pay out $7.4 million in March this year when Marvin Gaye’s family prevailed in a case alleging the duo had ripped off the soul singer’s ‘Got To Give It Up’ when they wrote ‘Blurred Lines’.

At the time, industry pundits speculated on the possible impact of the ‘Blurred Lines’ case. We’ve already seen Tom Petty granted a credit on Sam Smith’s ‘Stay With Me’, while Miguel recently pre-empted any legal bother by crediting Billy Corgan on his Wildheart track ‘Leaves’ – because he was worried that his riff sounded too similar to the Smashing Pumpkin’s ‘1979’.

DJ Mustard spoke out about the ridiculous situation on Twitter, saying “Fancy was a rip off …. Classic mans a rip off …. Str8 up !”. His since-deleted tweets were captured by Hypetrak. 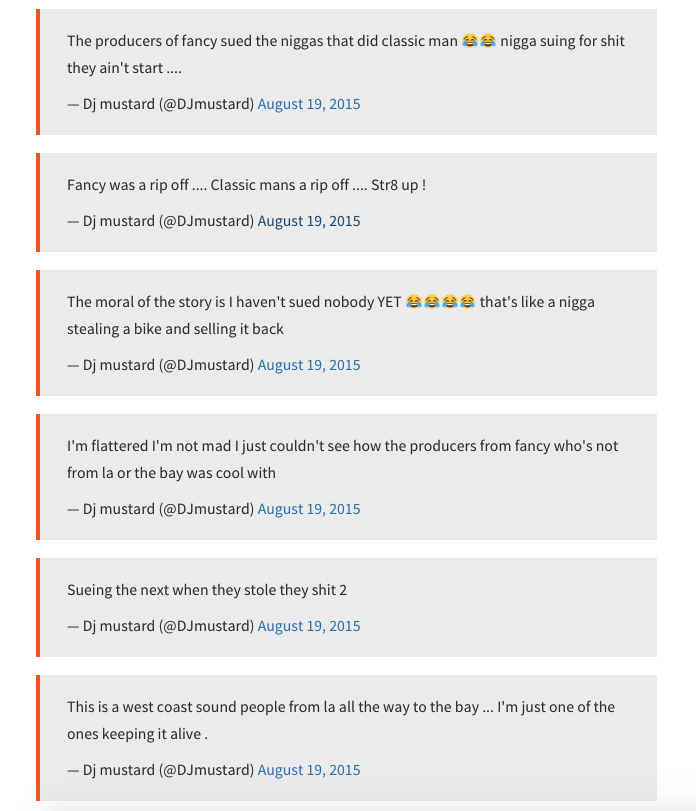 Azalea also confirmed that she get a cut from ‘Classic Man’. 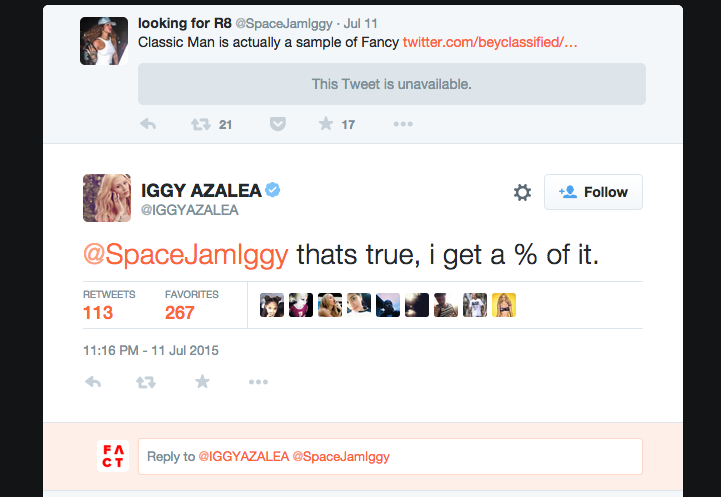 Check out ‘Classic Man’ if you’ve somehow not heard it yet.