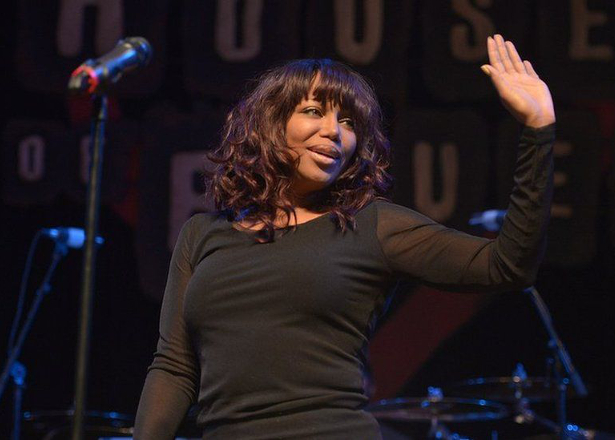 “I didn’t ask for a public apology and I think if he is going to apologise he should do it individually.”

Michel’le, the former girlfriend of Dr. Dre who has been vocal in the past about his abuse, has labelled his recent apology to the women he “hurt” “insincere”.

Speaking to Dotun Adebayo on 5Live about the statement Dre issued to the New York Times on August 21, Michel’le said: “I don’t really think it’s a sincere apology.”

“I didn’t ask for a public apology and I think if he is going to apologise he should do it individually. To just group us like we are nothing and nobody – I just don’t think it’s sincere, treat us like we have names. He’s selling a movie. I just think it’s good PR at the moment.”

Michel’le said that Dre has never apologised to her in person for the abuse that she says went on for five or six years, even while she was a feature in the Billboard charts.

“I had to cover two or three black eyes for my videos, and one of the make-up ladies – she said you’ve got to stop letting him beat you,” Michel’le siad.

“I thought he cared about me. I didn’t know any better. I just really thought that was what men do, I thought it was a form of love,” she added. “When I was a little kid we got whipped. It was nothing new to me, I was used to it. I was co-dependent on him – he was my world. So you don’t just pack up and go.”

Dre issued the statement after the recent N.W.A. biopic Straight Outta Compton was criticised by Dee Barnes for omitting Dre’s assault on her at a Hollywood party in 2001.

“Twenty-five years ago I was a young man drinking too much and in over my head with no real structure in my life. However, none of this is an excuse for what I did,” Dre wrote.

“I’ve been married for 19 years and every day I’m working to be a better man for my family, seeking guidance along the way. I’m doing everything I can so I never resemble that man again. I apologize to the women I’ve hurt. I deeply regret what I did and know that it has forever impacted all of our lives.”

Despite the controversy, Straight Outta Compton has managed a second consecutive week at the top of the US box office, bringin its total earnings to $111.5m (£71.1m).

Last week it emerged that Dre’s assault on Barnes was included in an early draft of the movie’s screenplay. [via BBC Newsbeat]

Update: Dee Barnes has also commented, writing a piece for Gawker in which she says: “The hypocrisy of it all is appalling. This is bigger than me, and bigger than hip-hop. This is about respect and awareness.”