Featured Stories I By Scott Wilson and Chal RavensI 09.10.15 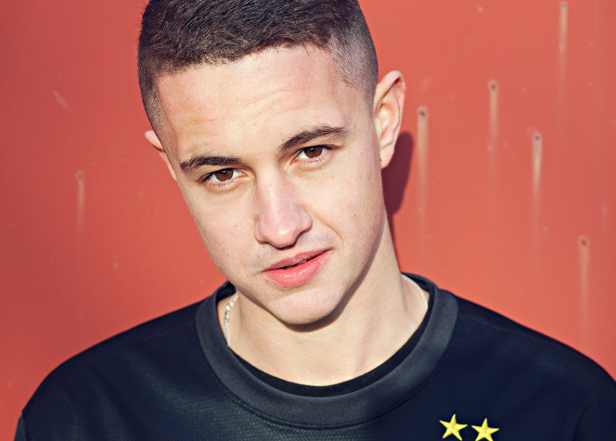 This week, there’s a Great British Trance Off from Evian Christ, a lost 90s techno set from the Scottish town of Paisley, some classic tape-ripped UK garage and much more. Crack open the weekend immediately.

Evian Christ’s fourth Trance Party is just around the corner, and this mix for Dazed offers a taste of what to expect. While that means music from contemporaries likes Jam City, Kamixlo and Visionist, it’s also an opportunity for the recently Warp-signed producer to indulge in his love of classic trance – with a twist. Look out for an epic collage version of ‘Candle In The Wind’ and a stretched-out take on Roger Sanchez’s ‘Another Chance’. RIP Cafeoto and his canine comrades.

Enigmatic producer Grant recently released a killer album on his label The Lauren Bacall, combining Hollywood iconography with fathoms-deep house grooves. His Inverted Audio mix is a more sprawling insight into his influences, combining music from Kranky ensemble Pan American, Faust, Can and even DJ Shadow.

Technicolour boss Fotomachine delivers a vintage garage mix salvaged from cassettes. “The sound of underground London ripped from tape” with, inevitably, no tracklist. This is the fucking stuff, people. Drink it down.

Located in the Scottish town of Paisley, Club 69 was started by the owners of Glasgow record store Rubadub in the 90s. It was a place to hear Underground Resistance, Drexciya, Skam and Autechre records in a basement underneath an Indian restaurant, and it’s a place the Numbers crew talk about with reverence. The mix claims to be a recording from the club made sometime in the mid-90s – even if it’s not, it’s a manic 45 minutes of vintage techno.

While DJ Earl might be one of the Teklife crew’s younger members, he’s more than earned his position as a key figure. This set for Crack is a flawlessly mixed journey through his own music and that of Teklife peers Taso, Manny, Spinn and Rashad, as well as footwork-influenced producers like Fracture and Om Unit.

‘Text Message’ is probably the tune of the year. Miami’s finest kicks off with Busy Signal’s hotline jam before knocking out an hour of bass-heavy, left-of-centre club heat on a themed mix titled “music to… send late night drunk text messages that you will later regret to” (‘Videophone’ and Erykah’s ‘Hotline Bling’ also make an appearance).