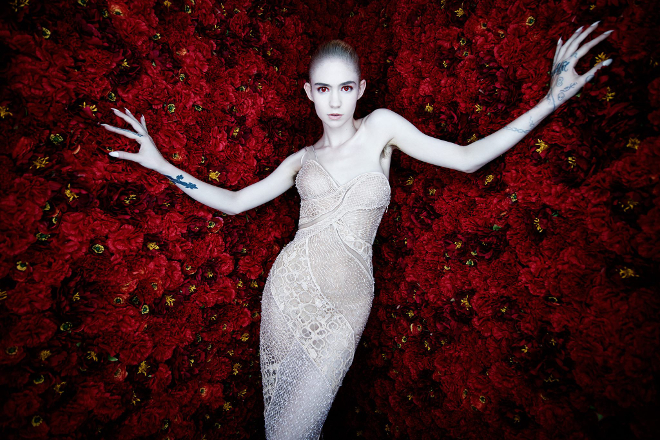 Bruce Springsteen and Billy Joel are also cited as inspirations.

Grimes has revealed a few more details about her forthcoming album, citing  some of the masculine cultural staples of what she calls “bro-art” as inspiration.

Speaking to Q, she mentioned Bruce Springsteen, Billy Joel and The Godfather movies among the things she channels on the album, all given a unique spin.

“One song on the album, ‘Kill V Maim’, is written from the perspective of Al Pacino in The Godfather Pt 2,” Grimes said. “Except he’s a vampire who can switch gender and travel through space.”

The album also saw her change locations for further inspiration: “I wanted to get away from Hollywood bullshit. So I moved to Squamish, a small town in British Colombia. There was a lot of ‘crazy’ going on, but it was organised ‘crazy’ – like lying in the dark and seeing if I could hallucinate. It felt good, letting myself be a total fucking weirdo. And I had cookies.”

There’s still no official release date for the as-yet untitled album, which will arrive as a surprise iTunes release in October. Grimes is also set to tour in February and March – dates for that can be found here. [via NME]

Update 2 Grimes posted a short looping clip to her Instagram on October 23 with the caption “Rehearsal.”

Update: Grimes has shared the album’s title — Art Angels — and the cover (by her), promising “music and video next week.” 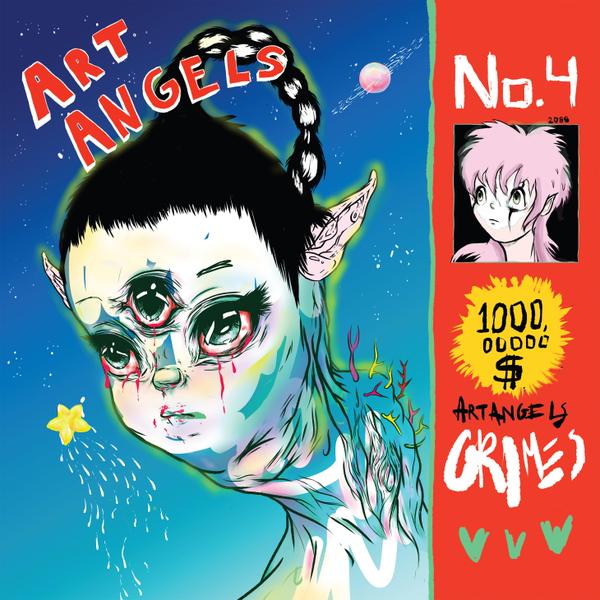