Snoop Dogg launches his own weed brand, Leafs By Snoop 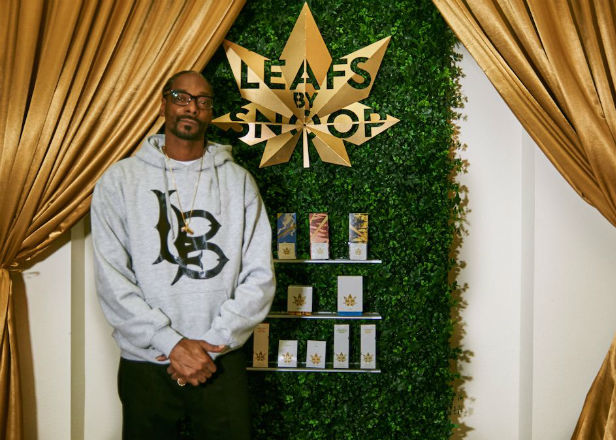 Snoop Dogg has launched his own range of cannabis products.

Leafs By Snoop was launched with an extravagant private party in Denver on Monday night. Snoop’s new venture promises to provide high-quality cannabis in a variety of different forms, from flower to concentrates and edibles.

According to Merry Jane, Snoop’s pot culture website launched earlier this year, the flower will come in eight different strains: Bananas, Northern Lights, Cali Kush, Purple Bush, which are all indica-dominant; Lemon Pie, Blueberry Dream and Tangerine Man which are sativa-dominant; and one high-CBD strain called 3D CBD. The buds will be sold in eighth, quarter and one-ounce packs.

Concentrates are made of the same strains as the flower, but will be available in shatter and wax forms. Leafs By Snoop will also offer a variety of edibles, described as “handmade, fair trade chocolate bars made with activated cannabis oil, as well as Peanut Butter Gems, Gummies, Drops and Fruit Chews.”

Snoop reportedly selected the strains himself according to their “aroma, taste, effect and bud structure.” Watch a video on the new range below.