Animal Collective have announced their 11th album, Painting With, due out February 19 via Domino. Last week, the band debuted the album at Baltimore-Washington International Airport.

Band members Avery Tare, Panda Bear and Geologist began trading demos earlier this year, in search of “really short songs: no B.S, get in, get out material…” The band fleshed the songs out in Asheville and then recorded the album at Hollywood’s EastWest Studios. The album features contributions from John Cale and Colin Stetson.

Painting With will be released on CD, LP and a deluxe LP bundled with a 7″ and a zoetropic turntable slipmat. The album will be available in three different covers, each featuring a different band member. The 7″ contains two non-album tracks.

The artwork versions, tracklist and lead track ‘FloriDada’ are below. 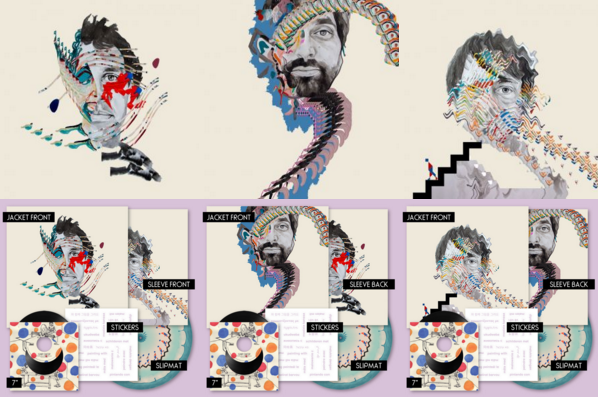 A. Gnip Gnop
B. Hounds of Bairro