Levelz have hijacked the Facebook and Instagram pages of Elastic Artists after the booking agency reportedly failed to pay its artists money owed. The embattled company is reportedly going under following years of rumoured financial and legal problems.

As reported last week, several artists have told FACT that they have tried to contact Elastic about money that they’re owed, only to be told that the accounts team are unavailable, while two have told us that they believe the company is set to enter administration. A former employee at Elastic has echoed this view.

Manchester MC collective Levelz, who were signed to Elastic, have taken matters into their own hands. Levelz crew member Rich Reason was a former employee of Elastic and has gained access to the company’s social media channels. The crew have hijacked Elastic’s Facebook and Instagram pages and splashed their logo over the top of the agency’s. They’ve also shared the video for Caspa’s remix of TC’s ‘Where’s My Money?’ and a mock ransom video in which they’ve kidnapped the Elastic creative director. 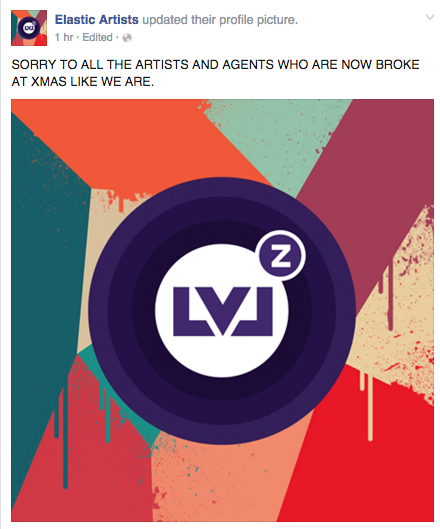 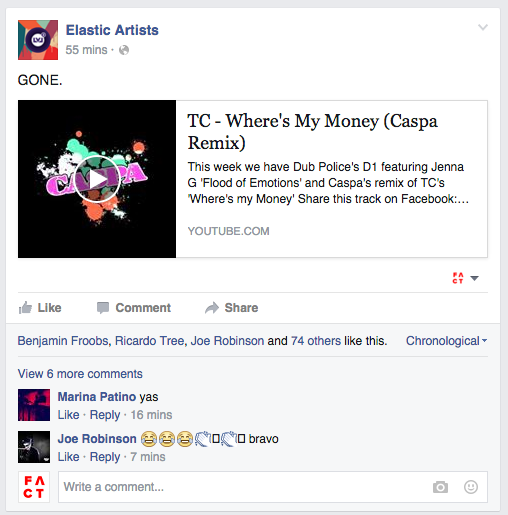