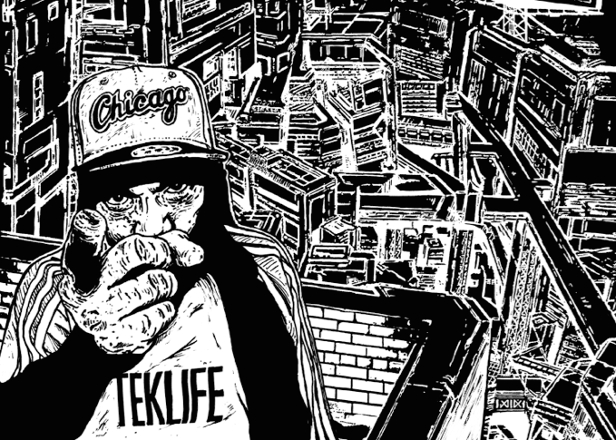 The 60-minute cassette is released in late December.

Bedouin Records has more than earned its place in FACT’s list of the 10 record labels to watch in 2015, but it’s still got one more trick up its sleeve before the year is out – a mixtape from footwork veteran and Teklife member Traxman.

Details on the contents of the 60-minute Tekliving cassette are thin on the ground, but it’s out in December and is limited to 100 copies.

Traxman might not seem like the most obvious candidate for a release on a label that’s brought us records from abrasive producers like Hieroglyphic Being, Ekman and J Tijn in the past, but a recent mixtape from Bristol D&B veteran DJ Krust showed the label has an appreciation for more than just techno.

Listen to a four-minute snippet of Tekliving below, and pre-order the cassette from the Bedouin Records store.