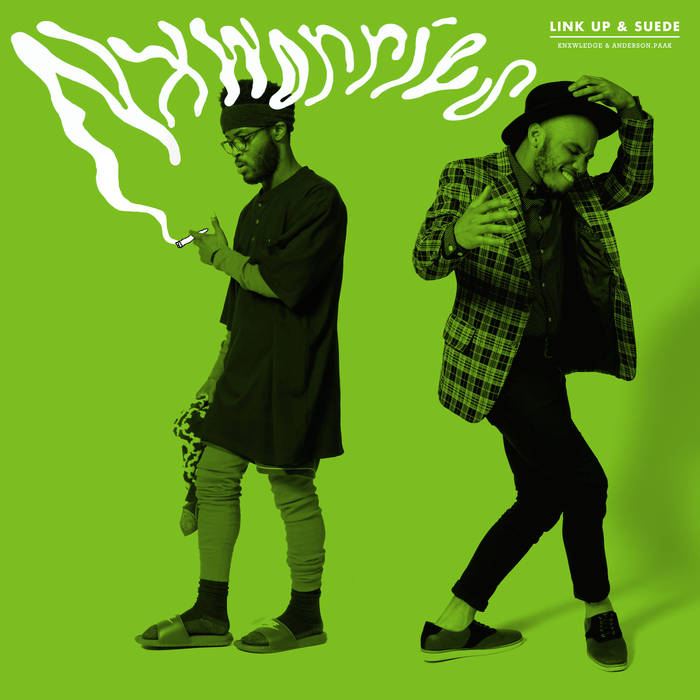 Link up, sit on suede, do drugs.

NxWorries, the Los Angeles duo of producer Knxwledge and singer Anderson .Paak, have collected their debut single and two additional songs on the Link Up & Suede EP.

It’s been a good year for the pair, with Knxwledge landing a production credit on Kendrick Lamar’s To Pimp A Butterfly and .Paak breaking through as one of the hottest, and most in demand, vocalists in the city. Link Up & Suede acts as a precursor to the duo’s debut album, scheduled for 2016 on Stones Throw.

Alongside ‘Suede’, the breakthrough single that landed .Paak in the sessions for Dr. Dre’s Compton album, the EP includes ‘Link Up’ and ‘Droogs’ (as well as two short instrumental interludes) for a trio of blunted ballads somewhere between Madlib and D’Angelo.

Meanwhile, .Paak has also announced his next album, Malibu, for January 15 via the OBE label. It features production from Madlib, Kaytranada, Talib Kweli, Hi-Tek, BJ The Chicago Kid, Rapsody and more. You can hear two singles over on Soundcloud: ‘Am I Wrong’ featuring Schoolboy Q and ‘The Season/Carry Me’.

The NxWorries EP is available now from Stones Throw, stream it via Bandcamp below.

Read Next: Beats, Church and Life: An interview with Stones Throw’s Knxwledge