Powell unveils a new track with the magic of television.

Fans of Diagonal Records and University Challenge (surely there’s a strong overlap there) have been rooting for Peterhouse College, Cambridge in the current series of the hardest quiz show on TV. On the team is one Oscar Powell, a geology student from York who’s at least as weird as his club terrorising namesake and spends most of his screen-time making faces like this: 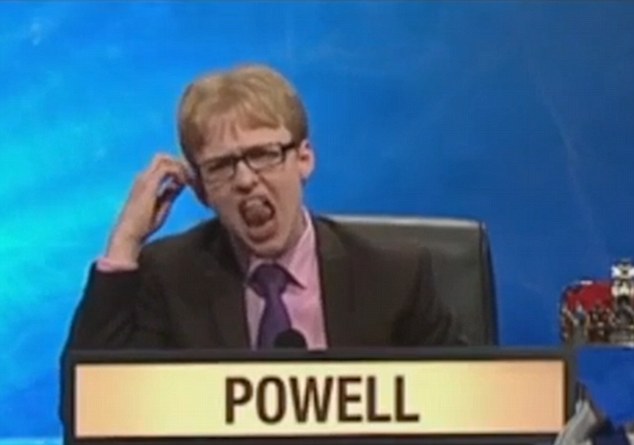 The Diagonal boss picked up on his doppelgänger’s antics and did what needed to be done: Oscar Powell vs Oscar Powell. The video features an ace new track, ‘Underground Rock ‘n’ Roll’, which “may or may not come out next year”.

Even without his strong run on University Challenge, Powell’s had a top year, releasing a handful of singles on XL including the Steve Albini-sampling ‘Insomniac’, which triggered an awesome rant from the rock curmudgeon, and sailing into our Top Labels of 2015.