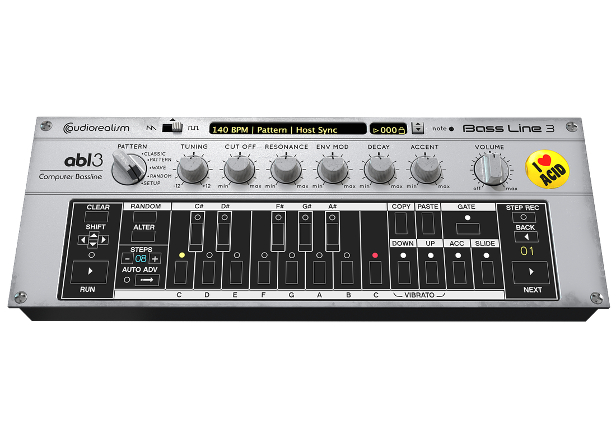 It’s the first update to the widely used software since 2007.

Originally released in 2015 as a Rack Extension for Propellerhead Reason, ABL3 is now available as a VST and Audio Unit for PC and Mac users. According to AudioRealism, the software has been redesigned from scratch with an improved 303 emulation engine.

Other improvements include a new pattern editor, randomiser and wave analyser, which will attempt to automatically transcribe an audio file into a pattern – handy if you have a real TB-303 or x0xb0x clone.

AudioRealism Bass Line has been the industry standard for those looking to emulate the acid sound in software for over a decade, but the last update came in 2007 with ABL2. The latest version costs £76.50/$113.48 direct from AudioRealism, but you can also try it in limited demo mode if you’re not familiar with the software.

You can hear samples of ABL3 below – alternatively, try a TB-303 that you can play in your browser.