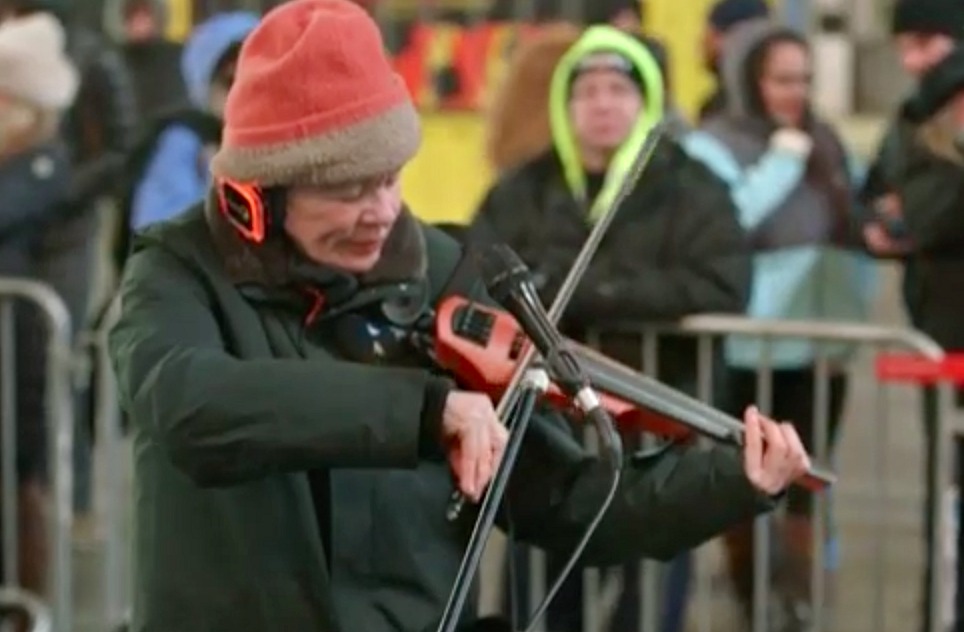 Pooches and their owners were invited to sit on the steps of Duffy Square while the performance artist and musician played her violin at a dog-friendly low frequency, which humans could hear more clearly via 350 sets of wireless headphones.

At the end, she conducted a chorus of barking and yapping. “It was a beautiful sound,” she said. “They barked for five minutes. That was one of the happiest moments of my life. Check out the Guardian’s video of the concert – which looks freezing – below.

Anderson recently received an Oscar nomination for Heart of a Dog, a film essay exploring death and love with a soundtrack featuring her late husband Lou Reed.