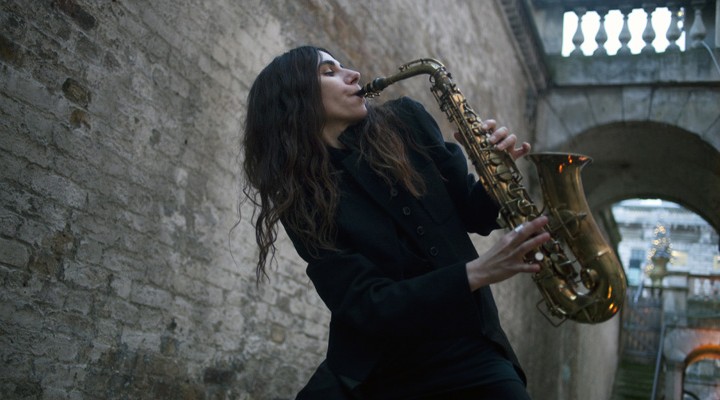 PJ Harvey has added her voice to the European refugee crisis with a documentary-style music video for new track ‘The Wheel’.

Co-produced with long-time collaborator Seamus Murphy, the film captures Harvey’s travels around Kosovo in 2011 and 2015 and shows the detrimental effect of conflict on the Kosovan landscape, as the singer delivers lines like: “Hey little children don’t disappear / I heard it was 28,000.”

“The song ‘The Wheel’ has the journey to Kosovo at its center,” Heaney told Noisey. Who is to say what else has influenced and informed its creation? The sight of a revolving fairground wheel in Fushe Kosove/Kosovo Polje near the capital Pristina is the concrete reference point for the title. I can tell you its date — 4th August 2011 — from the piece of footage I made as we walked up the street to our parked car near the train station. It was a passing observation of a commonplace image, one of many that day.”

‘The Wheel’ is taken from Harvey’s forthcoming album The Hope Demolition Project, due April and recorded via a special mirrors-led live project at Somerset House last year. You can see a trailer for the album here.

Watch the video below: