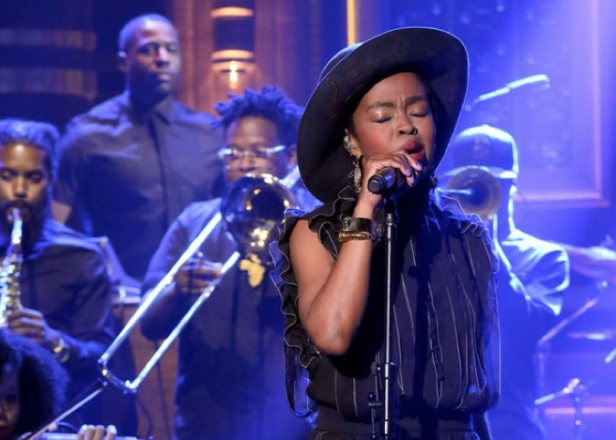 Lauryn Hill and Rihanna both cancelled their Grammys performances at the last minute.

A picture posted on Instagram by one of Hill’s musicians, and another showing Hill rehearsing with The Weeknd, suggested the singer would be hopping on board a jet to perform at the the 58th annual Grammy Awards, but she didn’t appear at the ceremony.

Hill’s spokesperson told Fader: “The Grammys announced a performance by Ms. Lauryn Hill prematurely and without approval. Ms. Hill had concerts all weekend, leaving no time to prepare, and was uncertain she would even be able to make it to LA in time to rehearse for the event.

“Any performance that could have happened was never confirmed, and should not have been advertised as such. Ms. Hill was invited to do a collaboration with an artist she appreciates. The performance was intended to be a surprise and unfortunately due to its last minute nature, was unable to come to fruition.”

Rihanna was due to perform ‘Kiss It Better’ from her new album Anti but bronchities forced her to cancel the performance on doctor’s orders.

The Grammys show wasn’t lacking in spectacle, though, with Kendrick Lamar delivering a spellbinding performance of ‘Alright’, ‘The Blacker The Berry’ and some unreleased material.

Kendrick, The Weeknd, Taylor Swift and D’Angelo were among the winners on the night – see the full list of Grammy winners.