PLAYdifferently is unveiled in March.

Richie Hawtin is going on tour next month to showcase his recently announced tech project in collaboration with Allen & Heath.

The Prototypes Tour will be the first time Hawtin’s mysterious new hardware will have been shown in public, travelling across North America and Europe throughout March.

Teased at last month’s NAMM show in California, the PLAYdifferently project appears to involve a DJ mixer of some kind, which Hawtin has said rather vaguely is for “all artists who strive to unlock and expand their own innate talent.”

Hawtin is a longstanding advocate of advancing DJ technology: he was the first artist to request MIDI connections in Allen & Heath’s mixers and developing his own custom mixer, the CTRL:92.

The Prototypes Tour kicks off in Los Angeles on March 14, and sees Hawtin and his new mixer appear alongside Chris Liebing, Dubfire, Francois K, Joris Voorn, Maceo Plex, Matrixxman and more. A full list of dates can be found below. 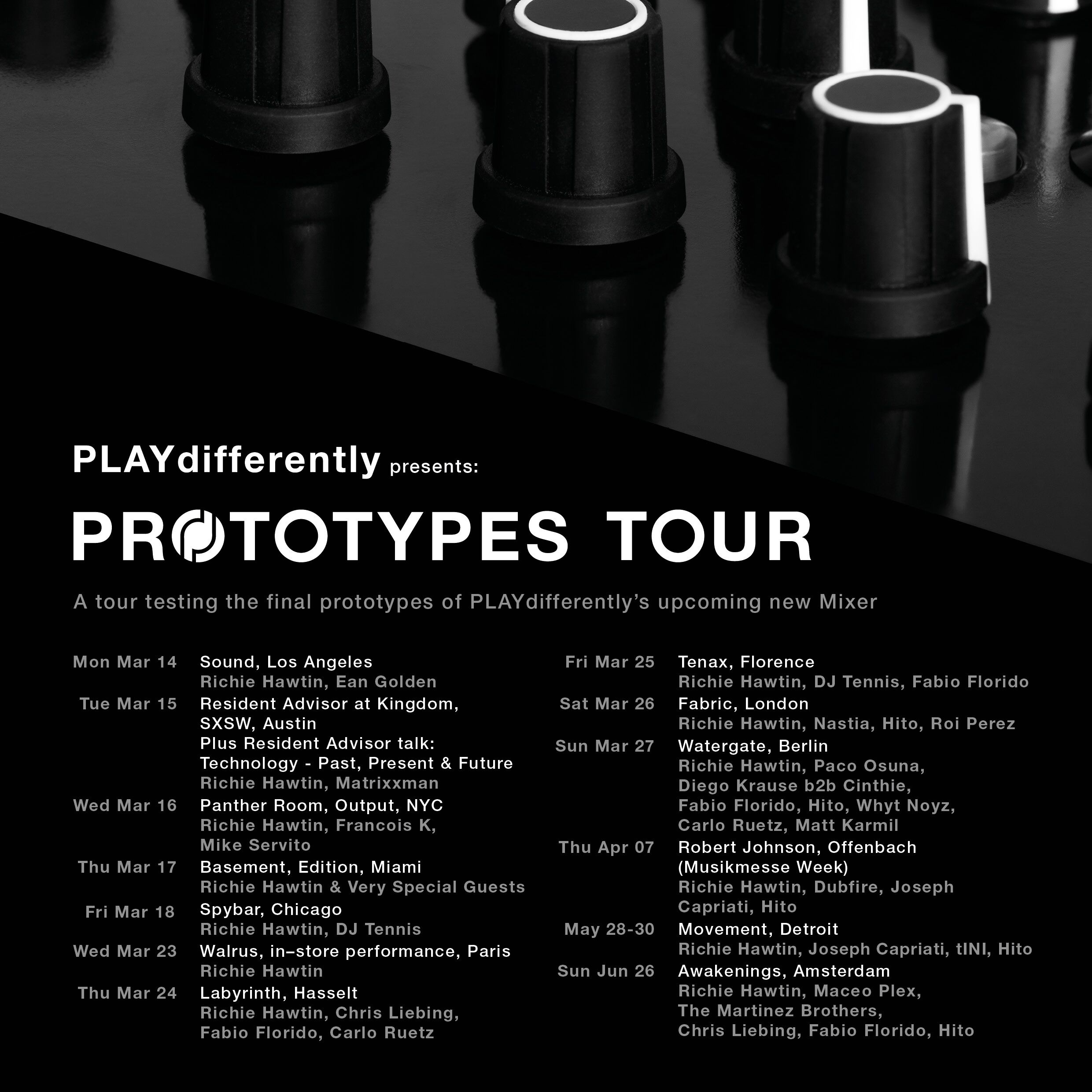