On February 19, a New York City court denied Kesha a preliminary injunction to push up the date of a civil lawsuit to get out of her recording contract with Dr. Luke, claiming a decade of emotional, physical and sexual abuse during their professional relationship.

New York Supreme Court Justice Shirley Kornreich came to this decision because it was her belief, in the law, that the contract is typical of the industry and was fairly negotiated — she called her decision “commercially reasonable”. It was one of the first moments in the past week that called for very serious scrutiny of the language we use when talking about someone else’s trauma.

An important thing to note is that the law does not necessarily care about the expense of someone’s emotions. Justice Kornreich’s job was to examine Kesha’s contract and determine whether or not she could be let out of the contract, on the grounds that she could not record music without Dr. Luke, her alleged abuser, in the room. According to Sony, they are unable to terminate her contract without Dr. Luke’s agreement, though he claims she is free to record without him — but how “free” is she exactly, when he would still profit from her work?

To understand the lengthy circumstances that got Kesha to this moment, culture writer Haley Potiker at Passion of the Weiss wrote a detailed timeline of the events leading to this lawsuit; Katherine St. Asaph has outlined the legal aspects of the case in an equally illuminating piece for Rolling Stone. These are both important to understanding what exactly is going on with Kesha — but another thing that we need to grasp is the kind of spectacle, and its dangers, that unfolds when public trauma is brought to light. 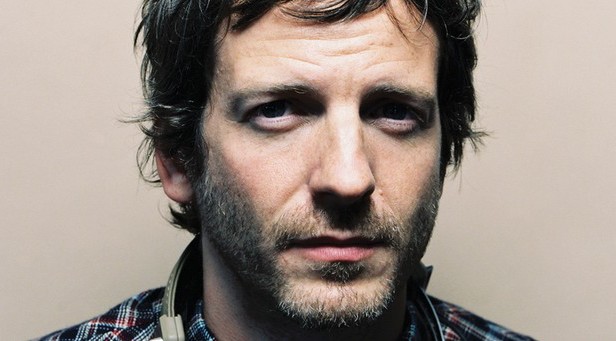 The buttresses of fear culture are slowly starting to crumble, and we will likely see more cases like this come to light

There was an outpouring of celebrity support on social media that day. Artists like Lady Gaga, Fiona Apple, Snoop Dogg, Lorde, Ariana Grande and, most notably, Kelly Clarkson (who has worked extensively with Dr. Luke), among others, spoke out on social media. But on the same platforms, music fans were turning to artists like Taylor Swift and demanding she also speak out, lambasting her #squadgoals feminism.

On the one hand, fair enough: if Swift is going to grandstand at the Grammys about the hardships for women in the music industry — with a cavalcade of male collaborators standing behind her — then Kesha’s lawsuit should fall into Swift’s mission. On the other, far more measured hand, one of the reasons these things are so rarely spoken about is fear. Sixty eight per cent of sexual assault in America goes unreported. Shame and fear — of the abuser, of not being believed, and so on — factor into this statistic. Swift’s own label Big Machine launched a joint publishing venture with Dr. Luke’s Sony imprint Kemosabe in 2013. We don’t know if this has anything to do with Swift’s silence; what we do know, via a statement from her team, is that she has donated a quarter of a million dollars to Kesha “in this trying time.”

This is, quite frankly, far more valuable than any #FreeKesha campaign — and not just because it is money. When a victim takes legal action, it becomes an enormous financial burden. But the thing people seem to forget is that emotional and mental support is also extremely costly. Abuse survivors seek damages because of the roadblock that trauma puts on the ability to live life normally. This is especially true for people who go through trauma in the public eye. (One of the best recent examples is Florida State University alumnus Erica Kinsman, who sued the school for indifference when they neglected her rape accusation against then-star quarterback, now Tampa Bay Buccaneer, Jameis Winston; she was awarded $950,000 in an out of court settlement but is still facing scrutiny from complete strangers with public platforms.)

It is the public platform, though, that has been so turbulent in this past week. Dr. Luke took to Twitter himself to further deny the allegations. (One of his defamation countersuits was thrown out earlier this year; according to Rolling Stone, a similar suit in Tennessee still stands.) Bob Lefsetz used his Lefsetz Letter to celebrate social media for being a place where Luke could speak up, and derided what he perceives as a widespread attitude: “Men are guilty until proven innocent and they’re all rapists under their skin.” His point that this is not about emotions but about the law is certainly true, but it begs the question: when should the law start thinking about emotions?

Demi Lovato also has her eye on the law. In what has been considered a subtweet about Swift’s donation, Lovato said: “Take something to Capitol Hill or actually speak out about something, then I’ll be impressed.” Demanding Swift be more active is a fair criticism of her feminism. However, it really doesn’t matter what impresses Lovato in this circumstance. The veil of support that has been blindly touted by a number of musicians has also turned the attention away from Kesha and onto themselves. Bleachers frontman and Lena Dunham paramour Jack Antonoff offered to record music with Kesha and leak it. So did ‘Clarity’ producer Zedd. Dunham herself penned an editorial for her newsletter Lenny Letter stating that this isn’t just about Kesha, but about all women.

But if Kesha has the agency to start a band like Yeast Infection or take a cameo role on Jane The Virgin, she certainly knows how to record and leak her own tracks. And, in this moment, it is about Kesha. The only way it becomes about anything else is that it offers a moment to learn more about the social constructs that create a fear of speaking out against abusers, the power structures within the music industry (something we saw earlier this year with the accusations against former Life or Death PR CEO Heathcliff Berru), and how we talk about victims (or even, how we talk about how others talk about victims). The most important thing is to make our words about education and support, not making ourselves look good or taking action for our own gain.

The first trial in Kesha’s case will actually take place on May 16. That gives ample time for a deeper conversation about how we talk about victims and how the music industry perceives and treats women. The buttresses of fear culture are slowly starting to crumble and we will likely see more cases like this come to light. But these are not our narratives to own. When it comes to pop music, these emotionally delicate realities become tentpoles for people to flag-wave their own politics. Kesha (or Rihanna, or Britney Spears) are not avatars for one’s “wokeness.” They are real people living out public trauma. We should not forget this.

Recommended further reading: The Jackie Fox rape disclosure shows we still have a lot to learn, by Maureen Herman of Babes in Toyland