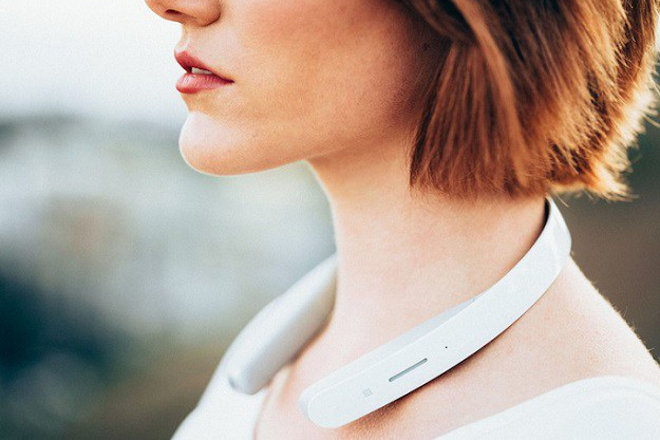 Concept N lets you listen to music and remain aware of your surroundings.

Sony has unveiled Concept N, a set of headphones that sit around your neck and direct audio up towards your ears instead of using earbuds.

Revealed at SXSW as part of the company’s Future Lab initiative aimed at driving forward technological innovation, Concept N’s design intends to let people listen to audio without blocking the sounds from the outside world.

According to The Verge, sound is played up towards your ears from speakers built into the neckband, though an optional set of earpieces that sit behind the ear can be worn for added clarity.

As well as playing music, Concept N features voice control and a camera, functioning like a more basic version of Google Glass. Concept N is still in the prototype stage, so there’s no telling when or even if Sony will release it as a finished product.

Sony isn’t the only company working on ear-free headphones. Last year a device called Batband was funded on Kickstarter, which transmits sound directly through the skull into the inner ear.