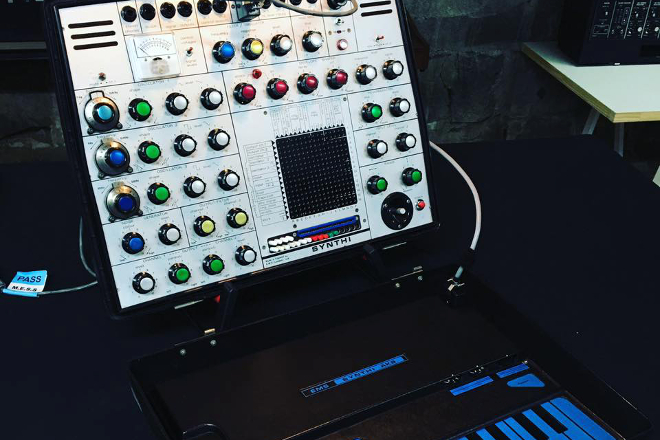 M.E.S.S. allows anyone to get hands-on time with a huge number of classic instruments.

Australian experimental producer Robin Fox has opened a vintage synth workshop in Melbourne aimed at attracting both experts and newcomers.

Run together with fellow sound artist Byron Scullin, M.E.S.S. (Melbourne Electronic Sound Studio) is a non-profit initiative that offers memberships for $220 per year, and lets people book use of an instrument for four hours at a time.

“We want it to be like a museum, but one where you can use and touch everything,” Scullin told Broadsheet. “And also like a gym – come down and work out on a synth.”

The M.E.S.S. collection includes a vast range of classic synths, drum machines and effects units from Roland, Korg and Yamaha, as well as obscure equipment like the early Chamberlin Rhythmate and recent modular gear from Make Noise.

Members can book a four-hour session for $44, which allows up to 16 people to take part and take home the recorded results. The full collection is so large that M.E.S.S. can only have a third on display at any given time, meaning the available pool of instruments changes every 22 weeks.

The number of memberships is limited to 500, but Scullin says the pair hopes to allow school groups and touring artists as M.E.S.S. grows. Full information on memberships can be found at the M.E.S.S. website. [via Mixmag]