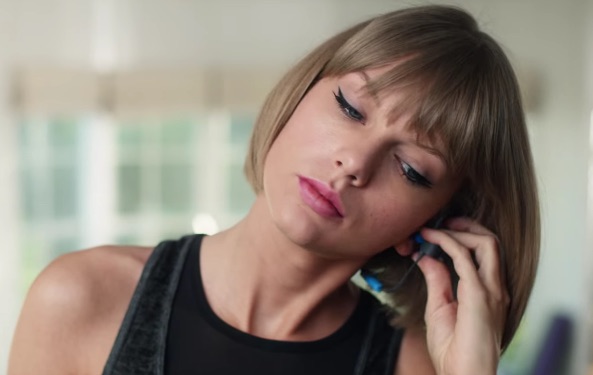 A further u-turn for the 1989 singer, who has formerly been critical of the streaming service.

Taylor Swift raps Drake and Future’s ‘Jumpman’ in a new Apple Music advert that debuted today (April 1), months after rallying against the service in an open letter over artist royalties.

The pop star is seen in the video rapping Drake’s opening verse from the track, from 2015’s What A Time To Be Alive, before tripping off a treadmill.

The ad is the latest in somewhat winding relationship between Swift and the tech giants. Last June, the ‘Bad Blood’ star penned a now infamous open letter to Apple Music where she explained why her 1989 album wouldn’t be available for streaming on the service. Ultimately, she forced the company to reverse its decision not to pay artists during the 3-month trial period and soon afterwards “happily” decided to let Apple stream her music.

One fractious relationship Swift is yet to publicly repair is with Kanye West. The pair clashed over a perceived “misogynist” diss on the rapper’s latest album The Life of Pablo, and despite an attempt to clear the air by Yeezy, the beef appears ongoing.