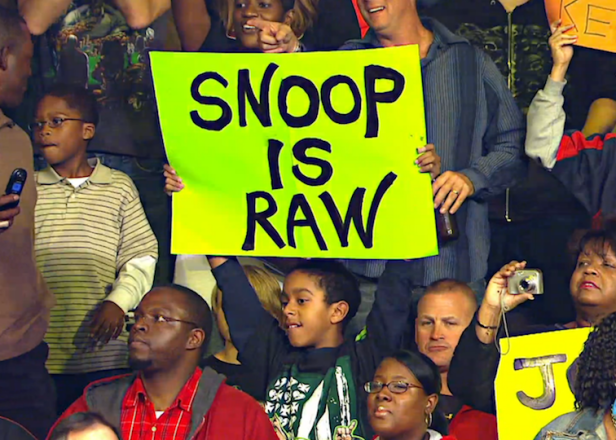 Prior to Sunday’s event, the West Coast rapper was inducted into the WWE Hall of Fame’s non-wrestler “celebrity wing” for his contributions to the sport, following in the footsteps of other celebrity inductees Arnold Schwarzenegger, Mr. T and Donald Trump.

Watch the footage of his guest spot below.

The cameo capped a busy weekend for Snoop – in addition to Wrestlemania, he yesterday debuted a collaboration with J Dilla from the late producer’s upcoming The Diary album, while on Friday he revealed plans to save American chicken franchise Roscoe’s Chicken and Waffles from bankruptcy.