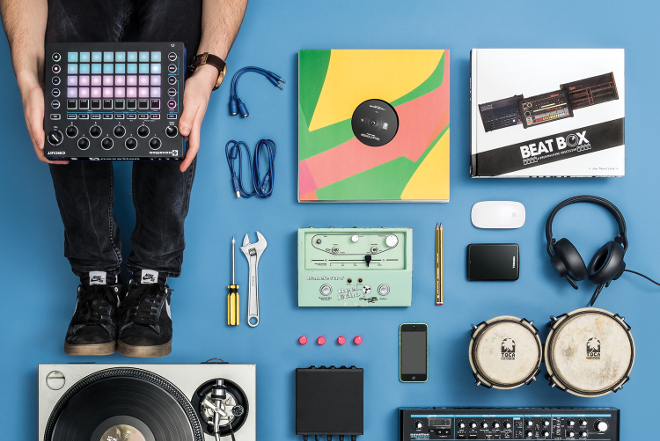 Sample import and synth editor are among the improvements to the all-in-one instrument.

Novation has released a major update for its Circuit groovebox, offering a suite of tools for customisation and expanding the instrument’s capabilities.

Circuit was launched last year, and was a hit thanks to a unique design that allows producers of any ability to lay down a track with drums, bassline and melody in minutes.

Circuit Components offers four major improvements to the compact device: a firmware update, librarian, editor and sample import capabilities, each of which are freely available from the Novation website.

The sample import allows you to drag and drop sounds from your computer to create your own synth and percussion sounds, with 64 slots totalling 60 seconds of audio.

Novation’s new editor tool allows producers to shape the Circuit’s synth sounds and customise the instrument’s eight macro knobs. Unlike the earlier beta, this version runs standalone on PC as well as Mac.

As well as a librarian for managing your sessions and backing them up to the cloud, the firmware update allows MIDI notes from other controllers to be recorded and syncs up automatically with Ableton.

The update is the latest innovation from the Novation stable, which last month announced a new app-centric brand called Blocs.