Update: M.I.A has sought to clarify her position on Black Lives Matter and the media via a pair of tweets.

A#blacklivesmatter B#Muslimlivesmatter. I'm not Muslim . My criticism wasn't about Beyoncé. It's how u can say A not B right now in 2016.

My question was,on American platforms what do they allow you to stand up for in 2016. This has been the number 1 question for me.

M.I.A has hit out at Kendrick Lamar and Beyoncé’s support of the Black Lives Matter movement, asking when those artists will start speaking out about Syrian, Muslim and Pakistani lives.

“It’s interesting that in America the problem you’re allowed to talk about is Black Lives Matter,” she told ES Magazine today (April 21). “It’s not a new thing to me – it’s what Lauryn Hill was saying in the 1990s, or Public Enemy in the 1980s. Is Beyoncé​ or Kendrick Lamar going to say Muslim Lives Matter? Or Syrian Lives Matter? Or this kid in Pakistan matters? That’s a more interesting question.”

The London-born, Sir Lankan bred artist also said she is surprised she is still alive: “I came from war. When I was growing up I didn’t really think I’d live beyond about 25. I never thought I would be old enough to drive or have a house or raise a child. Having to do it is really difficult.” 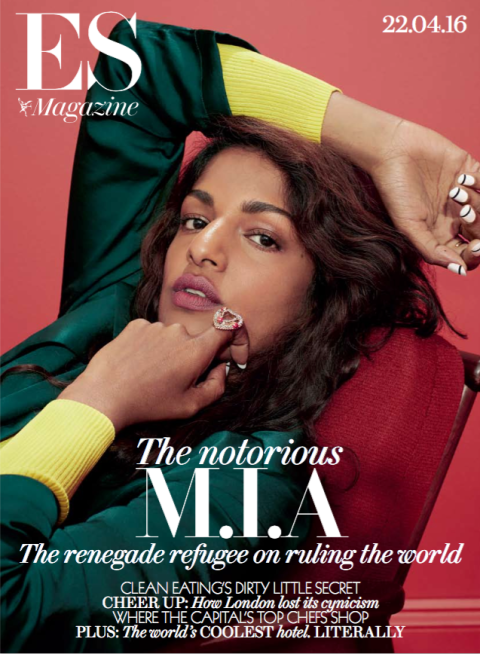