Kaytranada is breathing better: The XL beat adventurer on his new life in the spotlight

Louis Kevin Celestin is the genre-colliding Madlib-worshipper whose new album is set to be remembered among 2016’s best. Having risen from SoundCloud anonymity to hip-hop beatmaker-in-demand, David Renshaw talks to the Canadian producer about collaborating, coming out and blowing up.

Kaytranada still lives at home with his mum in the South Shore suburb of Montreal where he makes all his beats in the basement. From that humble setting he’s managed to transition from struggling producer to the creator of one of the year’s most anticipated debut albums, 99.9%, despite still having to keep the noise down at night so his family can sleep.

Sitting in the office of XL Recordings’ label boss Richard Russell, Kaytranada (Kay to his friends) is a smiley if unassuming presence. “I’m a background person, even in my personal life,” he says, his voice barely rising above a whisper. “I want to be a producer. Kaytranada as the stage artist was complicated but it’s something I had to do.”

Raised on a diet of Madlib and J Dilla, Kay was born Louis Celestin in his parents’ native Haiti. He speaks with a Caribbean tinge to his accent, despite having lived in Montreal since he moved to Canada in 1993, aged one. He first came on our radar with his bass-heavy remixes of ‘90s R&B classics like Janet Jackson’s ‘If’, and his swift rise to fame seems to have left in its wake a zombie army of SoundCloud producers remixing old school jams. How does he feel about this particular legacy?

“I was one of the first people doing that on SoundCloud. It wasn’t as popular as it has become,” he says, suggesting that a false sense of nostalgia is giving life to the sub-genre of vintage R&B makeovers. “The thing with remixes is that it can break you through to people, because it brings back memories and it gives you chance to bring it up to date and make it modern.” What set him apart from the timeline cloggers, he says, was a desire to create new beats. “I’ve been uploading stuff since 2009, trying to break through as an artist, and what I was hoping to achieve is what I have today. I remember being stoked to have, like, 1000 followers. I still have screenshots of when that happened.”

The attention he attracted off the back of ‘If’ saw Kay booked to DJ around the world and fielding countless requests to remix others. He went along with the ride for a while, making money to send home to his mother and establish himself on the scene, remixing tracks by everyone from jazz pianist Robert Glasper and rap god Missy Elliott to his contemporaries like Disclosure, Flume and Cyril Hahn. But a nagging desire to make an album that would stand up to Champion Sound or Donuts, the classics he grew up on, never left him. At the start of 2015 he decided he had enough, and he took himself off the road to focus on making music.

“I’ve been wanting to put out an album for seven years,” he says now, still only 23 years old. “I had the stage name Kaytradamus seven years ago, so during all that time I’ve been wanting to put out an album. It’s been a long time waiting.” Kay’s whole life so far has been a string of life-changing decisions, from pushing himself forward as an artist against his wallflower tendencies, to stepping back from a ready-made career path as big room DJ and remixer. His most recent life-changing moment was a personal one, however, when he chose to open up about his sexuality for the first time in an interview with Fader. He admits today that as a private person with a religious family, the decision to come out was not easy – but that staying hidden had given him an “identity crisis.”

“The way I grew up and being a hip-hop producer, you’re aware of homophobic views,” he reflects. “I’m not bothered by it, but people had no filters and would say things that would crush me.” Raised by Roman Catholic parents, homosexuality was taboo as a child. When he told his mum the truth, she read passages from the Bible to him. At the time of his Fader interview, he hadn’t even told his dad yet. He has now, though, and says the conversation was surprisingly easy. “My dad said that he knew, he saw me at elementary school dressed as a girl for Halloween,” he laughs. “He said he knew then I was embracing that shit.”

The seven-year wait now over, Kaytranada’s debut 99.9% was released last Friday. Vibrant and instantly loveable, it’s a summer heater – warm with familiarity yet unafraid to push things in more experimental, bass-heavy directions. Skipping restlessly between house, soul, disco and funk, with hints of the R&B and hip-hop sound he honed through his remixes, 99.9% is a record to be played in full. “Albums aren’t seen as being important but you’ve got to keep it alive,” says Kay. “It works both ways. All the songs I’ve been working on for two years have a signature sound. There’s a lo-fi sound. and the way they’re mixed, it’s not badly mixed, but I like listening to Prince and Michael Jackson demos, that’s where my inspiration comes from. Sometimes you can polish things too much, you can go too far.” 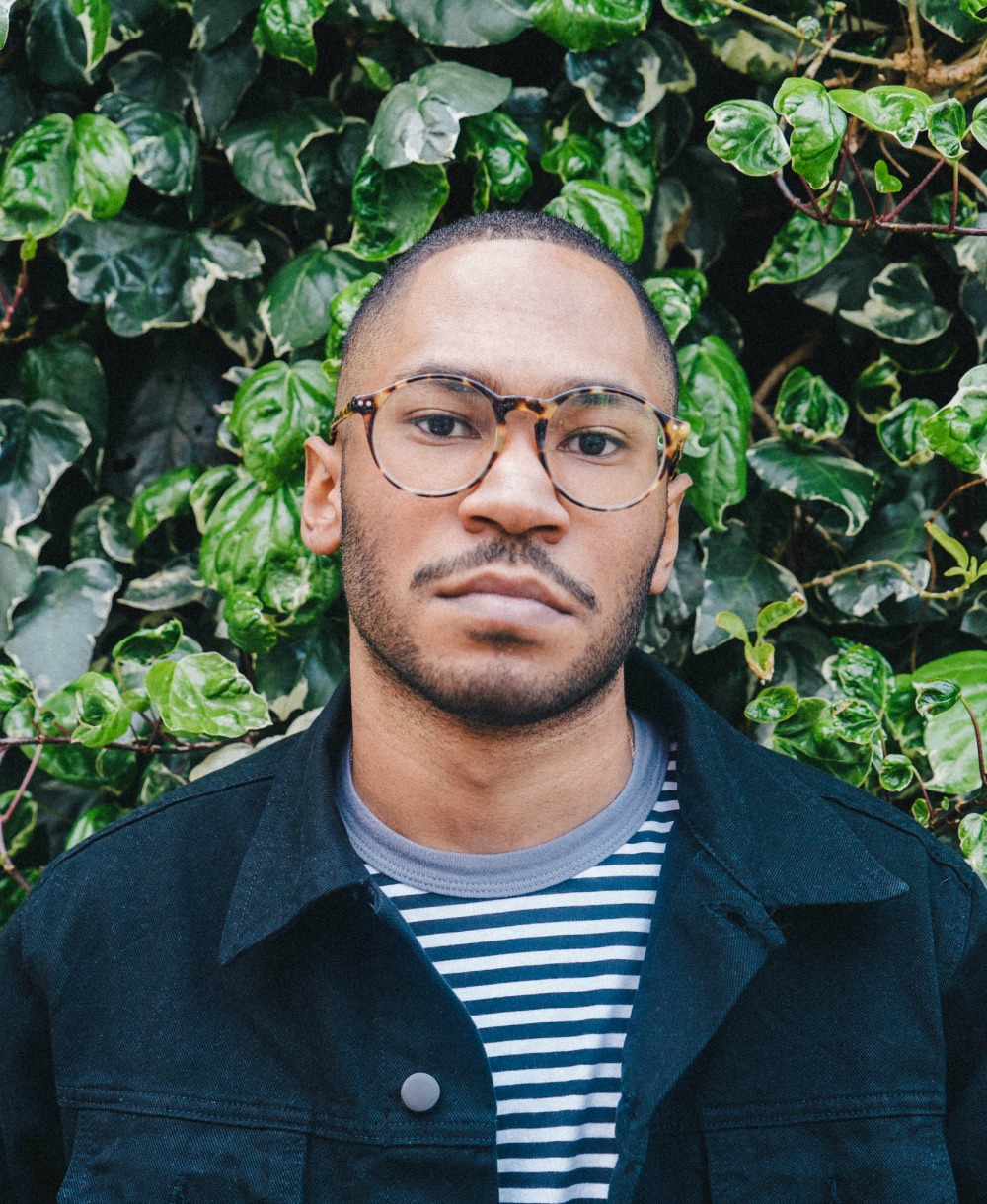 “Denying [my sexuality] to myself was toxic, but now I can breathe better”

Guest vocalists on the record include Dr. Dre’s buddy Anderson .Paak and renaissance man Craig David. Preferring to stay in the background, Kay hasn’t met either of those collaborators – instead, he sends them beats over email from his basement while his mother is one floor above, cooking his dinner. He has made a friend of sorts in the UK garage singer, though. “Craig texts me like, ‘Yo. I love this.’ You don’t get that with everyone.”

Working with Anderson .Paak went so well the results had to be split between 99.9% and the Californian singer’s own recently released album, Malibu. “We recorded 10 songs together and they weren’t necessarily all for my album. Then it’s just like, ‘Can I use that?’ ‘Yeah, sure.’ Sometimes I’d say I want that for my album and he’d want it for another project.”

Other voices on the record include Aluna Francis of British pop duo AlunaGeorge, Little Dragon’s Yukimi Nagano, The Internet’s Syd tha Kyd and rappers Vic Mensa and GoldLink. “I want to make vocalists do things different to what they’re known for,” he explains. “Aluna sounds like she’s on a disco track on the album. That was my goal with her. I want to elevate artists and push them further.”

Collaborating on one-off moments like these seems to work for him, but Kay is keen to go deeper and create a whole album with one artist. “Me and BadBadNotGood are pretty much there,” he reveals. “We’ve been working on a project and we’ll probably put that out as an album. I’d love to work with a singer too, figuring out what they want. I hope I get that in the future.”

Bearded uber-producer Rick Rubin also has his fingerprints over 99.9%, and Kay now sends him beats and has even visited his idyllic Malibu studio. They’re yet to land on a sweet spot creatively, though. “It’s a huge co-sign to have him on side,” he acknowledges. “I send him beats and he points out people he wants to get on them. We haven’t worked anything yet. We’re agreeing to disagree on collaborators at the moment.”

Asked if Rubin is the kind of producer he’d like to emulate, Kay returns to his oldest hero. “It’s like blasphemy to compare myself to him, but Madlib is the one I look up to,” he confirms. “He can do all sorts of things, like jazz, he made a house album as well. It’s the same with The Neptunes. They do hip-hop on ‘Clones’ but there’s punk rock too. It’s cool to be that random. That’s what makes a classic album for me.”

Towards the end of the conversation we return to the recent changes in Kay’s life, and how he’s feeling now the album, and his truth, both musical and personal, is out in the world. “I feel like I’m back on my feet,” he says, reclining back on the sofa. “Denying it to myself was toxic but now I can breathe better, I can make beats better. I can live my life at 100%.”