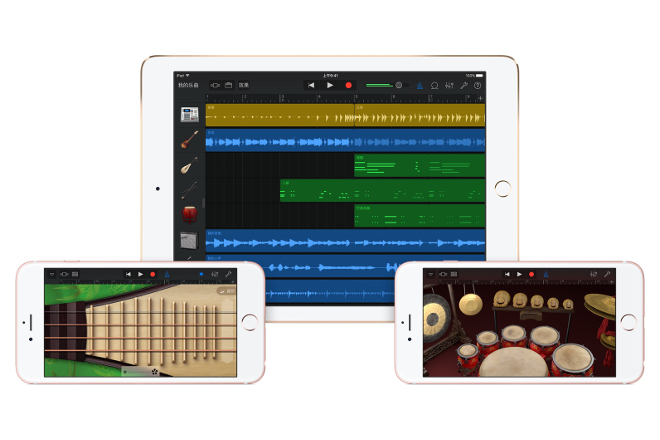 Traditional Chinese instruments including the pipa and erhu have been added in the latest update.

Apple is expanding its business interests in Asia with a new selection of Chinese instruments and loops for its GarageBand production software.

The instruments added in the iOS and Mac app’s latest update include the four-stringed pipa, the two-stringed bowed erhu and a set of Chinese percussion, alongside loops made with the guzheng, dizi and yangqin.

Apple has also made it possible to add different expressions to the instruments: as well as note bend and rapid picking for the pipa, producers can add trill, grace note and glissando to the erhu. Users with Apple’s recent iPhone 6S are also able to make use of the 3D Touch technology for additional control over the sounds generated by each instrument.

The new update also adds templates based on modern and traditional Chinese music to GarageBand’s recent Live Loop feature, a grid-based sampler that brought the influence of drum machines and DJ controllers to the app.

As well as offering a global audience the chance to use traditional Chinese instrumentation, Apple’s update appears to be part of a wider attempt to appeal to a Chinese audience, adding sharing options for two of Asia’s most popular social networks, QQ and Youku. Apple CEO Tim Cook even featured in a video with Singaporean artist JJ Lin to demonstrate the new features.

The update is free to existing GarageBand users worldwide, but new users can pick it up for just $4.99/£3.99 at the App Store.