Rage Against The Machine tease announcement with mysterious posters and website 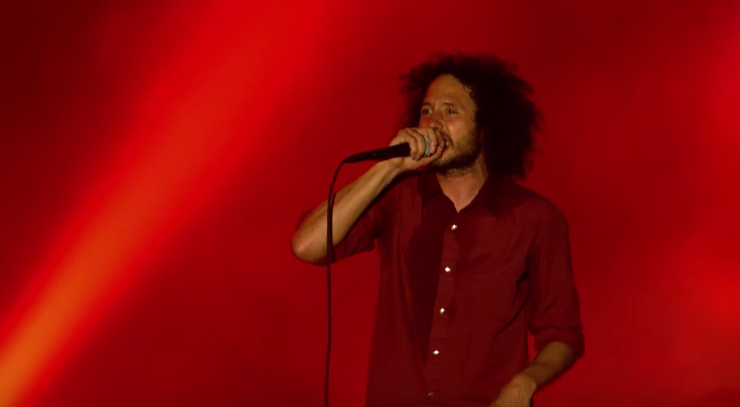 UPDATE: Prophets of Rage is “not a Rage Against The Machine reunion”.

In a report from Rolling Stone, a source close to the iconic ’90s band confirmed that Prophets Of Rage is not a reunion, but will involve some of its members.

“This is not a Rage-specific reunion,” they told the publication. “There’s a lot more to it. There are a lot of moving parts, a lot of exciting news to be revealed.”

They have also confirmed that the project will include live performances, but note “whether that’s one show, or five shows, I don’t know.” More announcements are expected soon. So check back for further updates.

“Clear the way for the Prophets of Rage,” the band say.

Rage Against The Machine have shared a mysterious website where a countdown clock is teasing the release of a big announcement for the band. A full announcement is expected on June 1, when the clock is set to stop.

Fans who sign up via email to the site will receive the message: “Clear the way for the Prophets of Rage. The party’s over summer 2016.”

Posters of the site’s artwork have been popping up around LA, leading to speculation that the band are set to play their first live shows since 2011.

The hashtag refers to the Rage song of the same name, which was featured on their 1992 self-titled debut album.

Meanwhile, it has been pointed out that ‘Prophets Of Rage’ is also the name of a Public Enemy song. The group’s Chuck D has been sharing live clips of RATM performances on Twitter, again leading to speculation, but this time that the two acts may tour together.

Rage Against The Machine – Bulls On Parade – Live At Finsbury Park, Lond… https://t.co/JB3o9KaupZ via @YouTube

Last year, Rage Against The Machine bassist Tim Commerford told Rolling Stone that they are “still a band” and “might play again.”

“We don’t have anything scheduled right now, but you never know what the future will bring.”

We’ll leave you with a shot of classic Rage.

Tags: Public EnemyRage Against The Machine