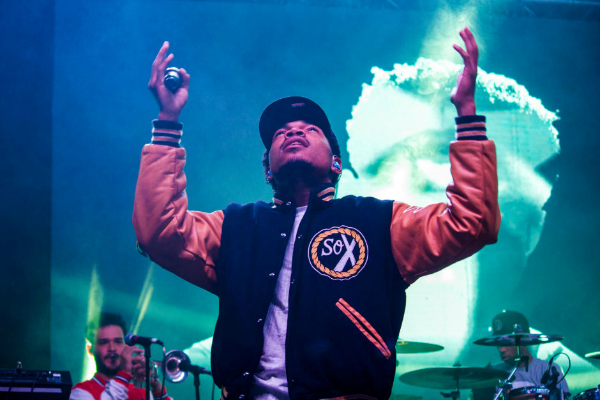 You no longer have to sell it to snatch the Grammy.

The Grammys will now allow albums streaming exclusively on major platforms to be submitted for award consideration. Previously, only albums for sale were eligible, but with the changing landscape of music consumption, for-pay streaming platforms will now be included in the rules.

According to a report by Billboard, albums that are only available on Tidal, Apple Music, Google Play and Spotify (because it has a premium paid subscription tier) will now be eligible for Grammy consideration. Music on Pandora’s not-yet-launched on-demand platform and SoundCloud Go will not be eligible until both platforms reach one-year old (both will be too new when the submission deadline on September 30 hits).

YouTube-only albums and mixtapes releases through DatPiff and Livemixtapes will all be ineligible since they are not available to everyone.

For those keeping score: Yes, Chance the Rapper’s “so-free-and-the-bars-so-hard-that-there-ain’t-one-gosh-darn-line-you-can’t-tweet” Coloring Book can be submitted for Grammy consideration. (It was also the first streaming-only release to hit the Billboard 200, debuting at no. 8.) Last month, Chance fans banded together to start a petition to convince the Recording Academy to allow Coloring Book to be nominated. Looks like it was unnecessary.

Earlier this year, the Recording Industry Association of America (RIAA) amended their gold and platinum status rules to account for streaming, which included a rule where 10 plays of one song on an album counts as a sale. Albums like Kendrick Lamar’s To Pimp a Butterfly immediately were awarded plaques after this change.