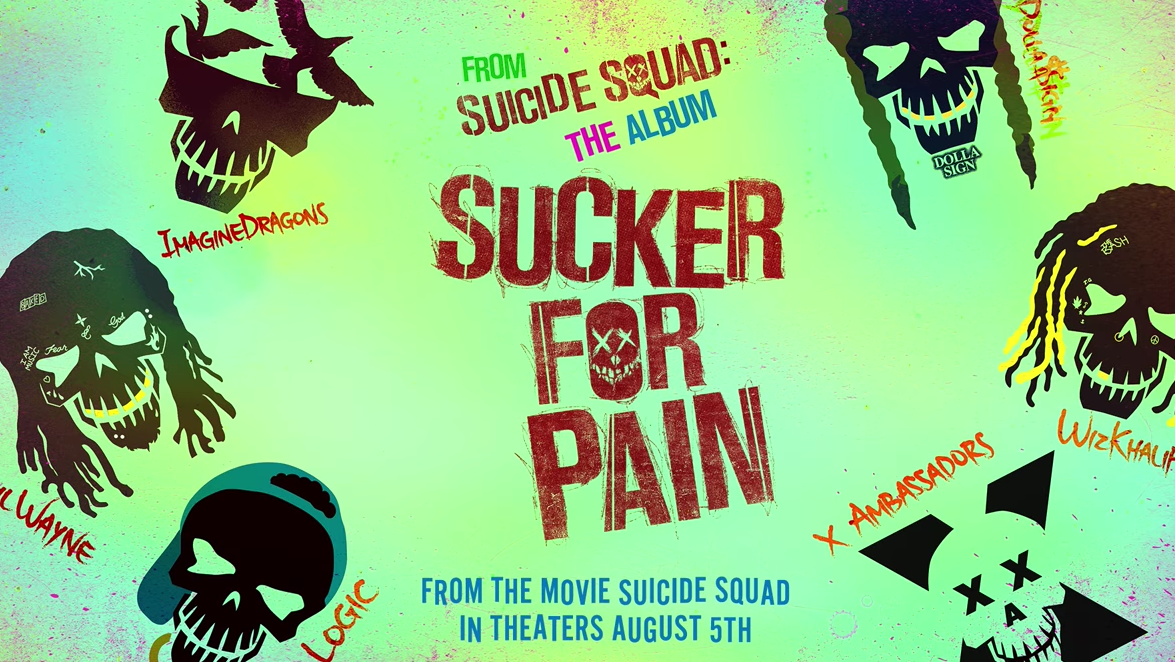 ‘Sucker For Pain’ – a woozy rap-rock assault, which also features stadium rockers Imagine Dragons, X Ambassadors and US rapper Logic – appears on the soundtrack for the upcoming DC Comic book film Suicide Squad. An official music video for the song is premiering tonight on the movie’s Facebook page.

The soundtrack, which is due for release August 5 along with the film, will also reportedly feature a contribution from Young Thug.

Suicide Squad, the third installment of the DC Universe following last year’s Batman v Superman: Dawn of Justice, is centered around a secret government agency that recruits imprisoned supervillains to help save the world from an mysterious yet powerful force.

The movie stars Will Smith and Jared Leto, among others.