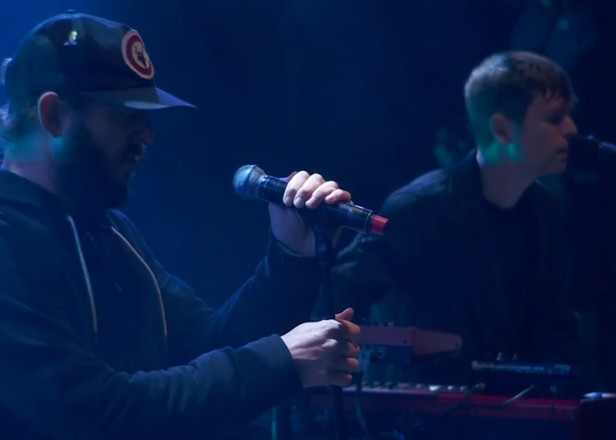 Playing a set that ran through tracks from recent album The Colour Is Anything and the rest of his career, Blake was joined on stage by regular collaborator Justin Vernon to perform ‘I Need A Forest Fire’.

Update (June 26, 16:45 BST): As The Fader notes, Blake also brought out Vince Staples during the set for a performance of ‘Timeless’. The hip-hop artist recently revealed he worked with Blake on his forthcoming EP, Prima Donna.

Watch Blake’s set in full at the BBC website.