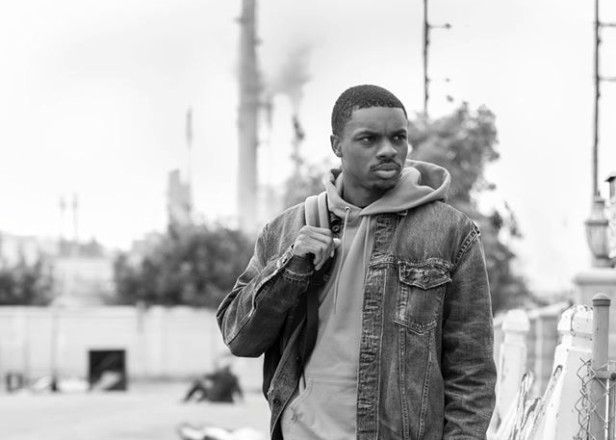 Vince Staples has revealed that he has a new EP on the way this summer featuring production from James Blake.

Mentioned in an interview with The Fader, the Prima Donna EP also features production from Summertime ‘06 collaborator DJ Dahi and is described as “psychedelic gangsta rap blues that you could play at 2 a.m. at an underground rave.”

The six-track release is reported to begin with a rap star killing himself before going back to the story of his rise to fame, creating a narrative that can be played from beginning to end or vice versa.

The candid interview also sees Staples call out the gangsta myth in modern rap, saying: “Rappers is busters. Niggas can’t lie to me. I’ve been around too long. Rappers be tucking their tiny T-shirts into baggy jeans just to show they bought a $500 dollar belt. They ain’t shooting nobody, bro.”

There’s no release date for Prima Donna yet, but Staples features on Clams Casino’s debut album 32 Levels, out on July 15. Listen to ‘All Nite’ below.