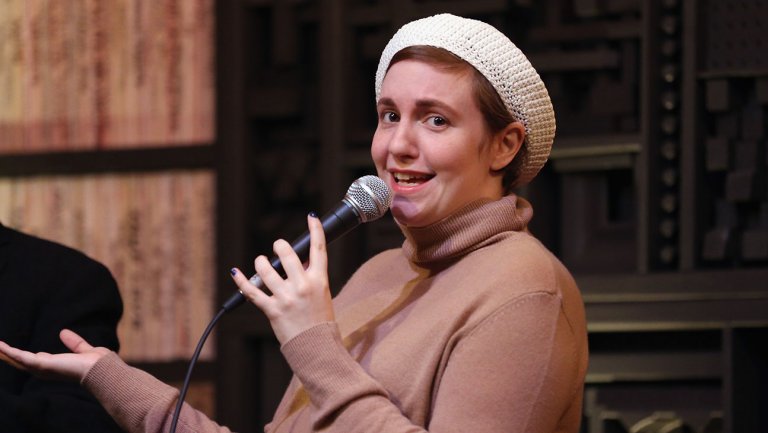 “I have to see the prone, unconscious, waxy bodies of famous women, twisted like they’ve been drugged and chucked aside at a rager?”

Lena Dunham has taken to Facebook to write a missive about her feelings of discomfort with Kanye West’s nudity-laden video for ‘Famous’, saying the clip gave her a “sickening sense of dis-ease”.

The Girls star-creator and Friend Of Taylor Swift™ wrote: “Let’s break it down: at the same time Brock Turner is getting off with a light tap for raping an unconscious woman and photographing her breasts for a group chat… As assaults are Periscoped across the web and girls commit suicide after being exposed in ways they never imagined… While Bill Cosby’s crimes are still being uncovered and understood as traumas for the women he assaulted but also massive bruises to our national consciousness… Now I have to see the prone, unconscious, waxy bodies of famous women, twisted like they’ve been drugged and chucked aside at a rager? It gives me such a sickening sense of dis-ease.”

Kanye has said to Vanity Fair that this is a comment on fame and voyeurism. Dunham said she did not connect with the video that way.

“I’m sure that Bill Cosby doll being in the bed alongside Donald Trump is some kind of statement, that I’m probably being trolled on a super high level. I know that there’s a hipper or cooler reaction to have than the one I’m currently having. But guess what? I don’t have a hip cool reaction, because seeing a woman I love like Taylor Swift (fuck that one hurt to look at, I couldn’t look), a woman I admire like Rihanna or Anna, reduced to a pair of waxy breasts made by some special effects guy in the Valley, it makes me feel sad and unsafe and worried for the teenage girls who watch this and may not understand that grainy roving camera as the stuff of snuff films.”

Read her whole statement below. Chris Brown also reacted to the video, saying he wanted to know why he was posed with a plumbers’ butt, while George W. Bush confirmed he was not in the clip (no shit).

‘Famous’ will air tonight on E!, the network that shows Keeping Up With the Kardashians, at 7PM EST.